The Spain vs Iceland friendly can be a very interesting duel and if you want to learn more about this game, check our preview and free betting predictions for the game.

Our favourite Spain vs Iceland betting tips and picks

If you are struggling to decide what is the right bet for Spain vs Iceland, check our top betting tips for this game:

Spain to Win at Half Time and Full Time

The Spanish national team was not as convincing in the WC Qualifiers as most people expected since they were in fight against Sweden until the last round, but Spain ultimately secured a spot in the World Cup. Meanwhile, Iceland was second-last in their group.

And while Iceland has shown remarkable progress in recent years, making it to both Euro 2016 and World Cup 2018, they didn't do well in the last two qualifiers for major tournaments. All in all, we expect Spain to win this game after leading at half time – they are the better team and they will play at home.

Furthermore, this is a friendly game and we can expect the teams to be more relaxed than usual when it comes to their defensive tasks, so over 2.5 total goals sounds like a good bet for this game.

The best odds and useful stats for Spain vs Iceland

You don't have to spend a lot of time looking for the top Spain vs Iceland odds – you can find them all right here, on this site:

Although this is a friendly game, we still expect to see an exciting matchup. So, let's take a more detailed look at both teams:

After reaching the semi-finals at Euro  2020, Spain entered the WC Qualifiers as the main favourite in their group. They justified that role and managed to win the group, but they did leave it until the last round and duel against Sweden to confirm their qualification. In any case, the team is in good form with four wins in the last five games in all competitions.

The Spanish coach Luis Enrique already experimented a bit in their first friendly in this international window against Albania and we expect the same to happen in this game. The only absentee at the moment is Robert Sanchez, who tested positive for coronavirus.

After they reached the main stage at both Euro 2016 and World Cup 2018 for the first time in their history, Iceland failed to qualify for both Euro 2020 and World Cup 2022. That's hardly surprising for such a small country, but their fans are certainly disappointed after getting used to something better.

When it comes to team news, Gylfi Sigurdsson is not with the team for this international break, but the rest of the team is healthy and at disposal for the upcoming game.

The most common questions for Spain vs Iceland 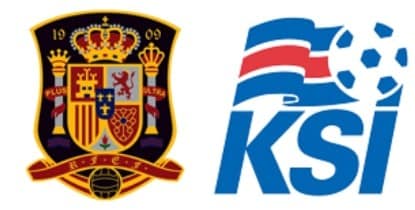