The Final of the 2021 Nations League will be contested between two of the most successful European sides in international football. Spain are the slight underdogs heading into Sunday's big match but France have been anything but reliable in recent tournaments and this game feels like it could go either way.

Here are our predictions for Spain vs France

The recent history between these two countries and their performances leading into the Nations League Final suggest that backing Spain with a double chance bet is the way to go this weekend. Spain have won five, drawn one and lost one of their last seven international meetings with France, winning the pair's last encounter 2-0 back in 2017. Spain made it through to the Semi-Finals of Euro 2020 before being knocked out by the eventual winners Italy, while France ended up being knocked out by Switzerland.

Ferran Torres is the top scorer in this season's Nations League, with 6-goals, having netted twice against Italy in the Semi-Final. We're backing the Man City forward to get on the scoresheet once again this weekend and perhaps even netted the winning goal for Luis Enrique's men.

Everything you need to know ahead of Spain vs France

The Nations League Final is too close to call

Spain looked like the better team against Italy even before Bonucci was shown his second yellow card of the first half, but that did make the game a little easier for the underdogs. Torres had put Spain in front in the 17th-minute with a neat first-time finish and the very same player made it 2-0 in first-half stoppage time to all but end any hopes of a comeback for the 10-men of Italy. A win on Sunday would mean a lot for Luis Enrique who has faced plenty of criticism during his time in charge of the Spanish national team and could prove to be the kickstart this young side need to go on and challenge for major honours.

France looked like they were going out at the Semi-Final stage as they found themselves 2-0 down at half-time against Belgium. However, a much-improved performance in the second forty-five brought about goals from Benzema, Mbappe and Theo Hernandez which turned the game on its head. That result will surely give France the confidence boost they so dearly needed after a poor performance at Euro 2020 but Spain will prove a tough nut to crack this weekend. 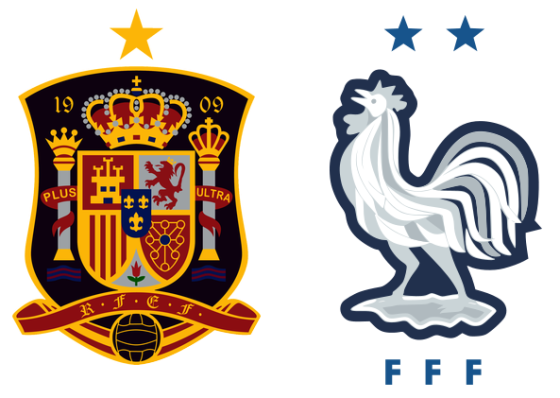