Southampton suffered a heavy defeat in their last Premier League game and will be looking for a response from their players at home to Newcastle on Thursday night. Eddie Howe has steered Newcastle away from the relegation battle and his team is now very resilient and consistent.

Both teams have found the back of the net in four of the last six league meetings between Southampton and Newcastle, and we're expecting more of the same from Thursday's clash. Three of Southampton's and three of Newcastle's last six outings in all competitions have ended with both teams getting on the scoreboard, so you can see just why we're not backing either team to keep their clean sheet intact.

At least three goals have been scored in four of the last six meetings between these two clubs, including August's reverse league fixture that ended in a 2-2 draw. Over 2.5 goals have also been scored in three of Southampton's last six matches in league and cup, including their last two matches against Aston Villa and West Ham. Three goals were scored in Newcastle's last game as they beat Brighton 2-1 at St James's Park.

Southampton looking for a response following a heavy defeat

Southampton made the trip to Aston Villa at the weekend but in truth, their players didn't really show up. Villa went in at the break two goals to the good and added a further two goals in the second forty-five to win the game 4-0. The Saints were well beaten and it brought an end to their three-game winning run in all competitions, leaving the club sitting 9th in the table with 35pts to their name.

Newcastle extended their excellent run of form last time out as they beat Brighton 2-1 at St James's Park. Two goals in two first-half minutes from Fraser and Schar handed Newcastle a commanding lead. Dunk pulled a goal back for the visitors 10-minutes after the restart but Newcastle held firm to secure all 3pts. The Magpie's now sit 7pts above the relegation zone and appear to be on course for a mid-table finish.

Southampton: Tella, Salisu, Long, McCarthy and Lyanco could all miss out on Thursday due to injury.

Newcastle: Ritchie, Hayden, Trippier, Wilson and Lewis are the main injury concerns for the hosts. 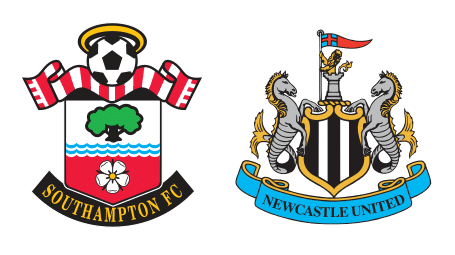