Neither Leicester nor Southampton have much to play for on the last day of the season but a win for the hosts could take them above Wolves, while Southampton will be hoping to better Everton's result in order to secure 15th place in the Premier League.

The Foxes have won three of their last six meetings with the Saints in all competitions, and we're backing the home side to win once again on Sunday. Leicester have picked up two wins and a draw from their last three matches while Southampton have lost five of their last seven outings in the Premier League, so you can see why we're predicting a win for the Foxes this weekend.

Jamie Vardy might be 35-years-old but he is still an important part of Leicester's side and while he has been injured the club have really missed him. The former England international top scores in the league for the Foxes with 14-goals and heads into the last game of the season in great form having scored 4-goals in his last three matches, so it is clear to see just why we have backed Vardy to score against Southampton.

Can the Foxes end the campaign with a win?

Leicester have not been good on the road this season but put in a gallant effort on Thursday night which secured a point at Stamford Bridge. Maddison put the Foxes in front after just 6-minutes but Chelsea equalised before the break via Alonso. The second half failed to produce any more goals for either side and Leicester would have been the happier of the two clubs to come away with just a point.

Southampton got off to a great start at home to Liverpool when Redmond put the hosts in front after 13-minutes. However, Minamino equalised for Liverpool before the half-hour mark and in the 67th-minute, Matip put Liverpool in front and the Reds never looked back from that point on. The Saints have endured a poor end to the season and there is plenty for the manager and coaching staff to address in pre-season if they want to push for a top-half finish next time around.

Leicester: Tielemans, Justin, Bertrand and Ndidi could all miss the final game of the season through injury.

Southampton: Perraud, Forster and Livramento are the main injury concerns for the visitors.

Questions & Answers for Leicester vs Southampton 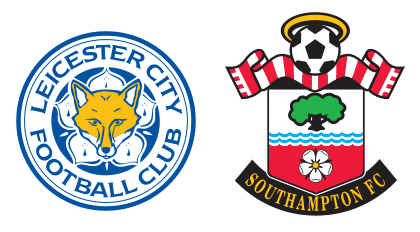