Southampton will be looking to finish what has been a poor season, by their standards, on a positive note starting with a win over already-relegated Fulham.  The visitors had their relegation confirmed last time out against Burnley and will now start preparing for life back in the Championship and might decide to experiment with their tactics and starting eleven in the final few games.

Read on for our full match preview and prediction for Southampton vs Fulham in the Premier League.

Southampton have won five of their last seven encounters with Fulham, but the pair drew 0-0 when they locked horns at Craven Cottage in December. The Saints ended their winless run last time out against Crystal Palace and their guests have lost five of their last six outings in the Premier League.

The latest stats and markets for Southampton vs Fulham

Southampton fans must have feared the worst when their side went 1-0 down at home to Crystal Palace, but the Saints recovered in style to finally end their winless run thanks to a brace from ings and one goal from Adams to secure a 3-1 victory. With the players and manager they have, Southampton should be further up the league table and possibly challenging for European football but that hasn't been the case and the pressure will be on Hasenhüttl to produce the good next season. Romeu could return for Southampton this weekend but Bertrand and Smallbone remain sidelined.

Fulham will be without Kongolo once against this weekend but there is a chance that Cairney and Reed could return to the squad in time to make the trip to the south coast. Obviously, Fulham have nothing left to play for now that their relegation back to the Championship has been confirmed and that means that they will either play without any pressure on Saturday or the performance could go the other way due to a lack of focus. Scoring goals has been an issue for Fulham all season and we believe that will be the case against Southampton on Saturday once again.

Southampton vs Fulham – Your Questions 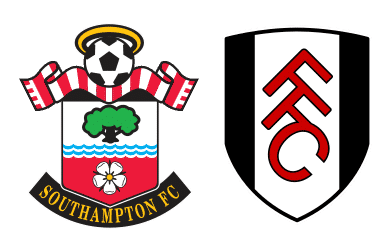