Chelsea are unbeaten in their last four meetings with Southampton but a midweek defeat in the Champions League could leave Tuchel's men open to attack at St Mary's. Southampton shouldn't be worried about relegation from the Premier League this season as they are just 1pt off 9th-placed Crystal Palace.

This game has the potential to produce goals as three of the last five league meetings between the pair have witnessed at least 4-goals scored. Five of Southampton's last six matches in all competitions have produced over 2.5 goals while four of Chelsea's last six outings in league and cup have also witnessed at least three goals scored, so you can see just why we're expecting goals on Saturday.

There is a great chance that we could be treated to goals at both ends of the pitch this weekend as five of the last six encounters between Southampton and Chelsea in all competitions have ended the very same way. Both teams have found the back of the net in five of the Saint's last six matches in league and cup, while four of Chelsea's last six fixtures have also ended with both teams scoring.

All you need to know about Southampton vs Chelsea

Chelsea hoping to bounce back from a disappointing midweek defeat

Southampton made the trip to a revitalised Leeds United last weekend where a goal from Harrison put the home side into a 1-0 lead at the interval. Southampton responded well and got back onto level terms just 4-minutes into the second half through captain Ward-Prowse. No further goals were scored during the 90-minutes and both teams were probably satisfied with a share of the points.

Chelsea would have been looking to secure a narrow lead or at least not head into their 2nd leg against Real Madrid with a deficit when the pair locked horns at Stamford Bridge on Wednesday night. Benzema, who has been in great form this season, put Real in front after 21-minutes and then made it 2-0 just 3-minutes later. Chelsea pulled a goal back before the break through Havertz but inside the opening minute of the second forty-five, Benzema completed his hat trick and Real ran out 3-1 winners.

Southampton: Broja can't face his parent clubs, while Lyanco and McCarthy could miss the game through injury.

Chelsea: Hudson-Odoi is a slight doubt, while Chilwell remains sidelined with a knee injury. 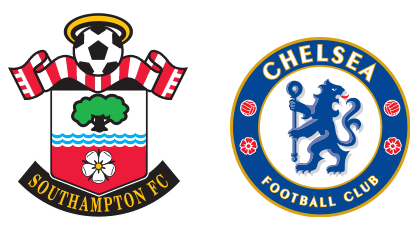