Brighton have outplayed their local rivals Southampton in the Premier League so far this season but the Saints have faired better in this fixture over the years, so it will be interesting to see how this Southcoast derby plays out.

Since 2014, the away side has not lost when these two sides have locked horns so we are backing Brighton with a double chance bet this weekend. The Seagulls won here last season and drew their previous three trips to Saint Mary's before that and with Brighton starting the 2021/22 campaign so well, we're backing the visitors to come away with a point or possibly all three on Saturday.

Both teams have scored in four of the last six league meetings between these two clubs and we're expecting more of the same this weekend. Three of Southampton's and four of Brighton's last six outings in league and cup have also ended with both teams getting on the scoreboard, so you can see why we're not backing either club to keep a clean sheet in this game.

Brighton's main man in front of goal this season has been Maupay. The Frenchman has scored 5-goals in the Premier League so far, including Brighton's equaliser away at West Ham in midweek. We're backing Maupay to score against the Seagull's neighbours this weekend and help his side to another decent result.

Southampton would have been expecting a tough game at home to Leicester but will have been slightly disappointed to only come away with a point at the final whistle. Bednarek gave the Saints the lead in just the 3rd-minute and although Leicester equalised in the 22nd-minute, Southampton lead 2-1 at the interval thanks to an effort from Che Admas. It didn't take Leicester too long to get back onto level terms in the second forty-five with Maddison scoring just 4-minutes after the restart. A point isn't a bad result but the Saints will feel like this game was winnable.

Brighton expected a tough game away at West Ham and that is just what they got. The hammers took a very early lead and looked like they had done just enough to win the game. However, Maupay popped up in the 89th-minute to equalise and snatch the Seagulls a point. Brighton beat Southampton 2-1 at St Mary's last season and will be confident they can win again on Saturday.

Southampton: Stuart Armstrong is out and there are doubts over Jan Bednarek and Jack Stephens this weekend. 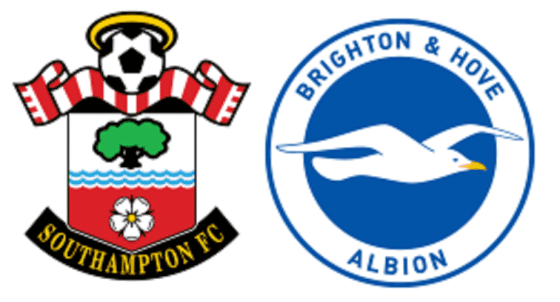