This preview focuses on South Africa’s World Cup qualifiers against Zimbabwe at the FNB Stadium. It is remarkable that South Africa are going for their first win over Zimbabwe since 2010.

South Africa picked up a 1-0 victory over Ethiopia thanks to an own goal from Getaneh Kebede. Zimbabwe continued their struggles following a 1-0 defeat to Ghana during the October round of qualifiers.

South Africa have a terrible record against Zimbabwe in recent years. It is remarkable that the team has not been able to beat Zimbabwe in the last decade. In fact, Zimbabwe have been able to claim two wins during this period. However, the current form two teams in the polar opposite stages. Zimbabwe – with four defeat in the last five matches – are struggling quite a lot and South Africa should use home advantage to great effect.

Most of the recent games involving South Africa have produced a low turnout of goals with just one of the last five matches producing more than 2.5. The visitors Zimbabwe are in a no different position, as three out of their recent four matches have ended up with less than 2.5 goals.

South Africa have been very solid back-to-back with only one conceded in the last five games. This will spell bad news for Zimbabwe, who have scored only once in the last four World Cup qualifiers.

Top Betting Odds and Stats for South Africa vs Zimbabwe

The desire to end a long wait for the victory against Zimbabwe may be fulfilled in this fixture, as South Africa enter into the game in a very strong position. The team has picked up excellent results at home and away. This South Africa team are on a 11-game unbeaten sequence.

There is no possibility for Zimbabwe to qualify for the next round automatically, as the string of poor results has left the team in a huge disappointment. Zimbabwe have only managed a point from the recent round of games. The last time Zimbabwe picked up the victory was back in March when they beat Botswana in the Africa Cup of Nations qualifier.

Questions about South Africa vs Zimbabwe 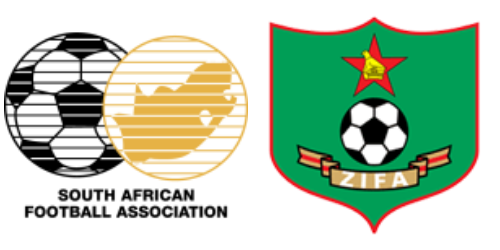 Where is the match scheduled? FNB Stadium

Which team is the favourite to win? South Africa