Dundalk are pushing for the league title. Will they take a step towards achieving that here? Find out with our Shelbourne vs Dundalk match preview with free tips, predictions and odds mentioned along the way.

Dundalk to grab the win

Dundalk have dominated Shelbourne in recent years, they have no losses in the last 13 encounters between these sides; as a matter of fact, Dundalk won 12 of those 13 clashes, with one draw. Looking at both teams' recent form, Dundalk have looked the better side; they have won their last six, and eight of their last nine games, with no losses in those nine games. On the other hand, Shelbourne have lost their last two games; they've suffered five losses in their last nine games. Considering both teams' recent form, coupled with their head to head records, we're predicting a win for Dundalk.

Dundalk have had one of the best defences in the Premier Division this campaign; they've allowed 14 goals in 19 games, only league leaders Shamrock have conceded fewer goals this season. It's worth noting that Dundalk kept three clean sheets in their last four games; they conceded just once in that four game stretch. In the same vein, Shelbourne did not score in their last two games; their games usually don't feature goals at both ends. At least one side failed to score in four of Shelbourne's last five, and three of Dundalk's last four games; for these reasons, we believe that one of these teams will keep a clean sheet.

Here are the key stats & form guide for Shelbourne vs Dundalk

Dundalk can crank pressure up on the league leaders

Shelbourne are coming off back-to-back losses against Bohemians and Shamrock Rovers; they had won four games in a row prior to those losses. Shelbourne are 10th on the 10-team table, with seven wins in 19 league games; they'll hope to bounce back from their recent losses with a win here.

A quickfire FAQ on Shelbourne vs Dundalk 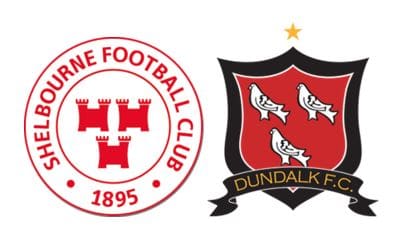