They say to judge teams around this stage of the season. If you're a Sheffield United fan then you'll probably describe your team as ‘meh' given the start they've made. Can they give their fans something to cheer here? Find out with our Sheffield United vs Stoke match preview with free tips, predictions and odds mentioned along the way.

Sheffield United vs Stoke: Our Tips

A double chance bet on the away side

Sheffield United have lost their last two matches whilst Stoke have won three of their last four in a mini four game unbeaten streak. Those facts alone lean us towards an away win, however, home advantage can be a big swing in things with both the Blades' aforementioned defeats coming on the road. At home, they've not lost in five. Stoke's away form is reasonable though with two wins and a draw in their last five. Whatever way we cut it, we don't fancy Sheffield United to take maximum points. Thankfully, the double chance of draw or Stoke offers enough value that it is still worthwhile.

It should be a decent match

Our next prediction focuses on the over/under goals market and we're backing this one to end over 2.5. In the last five matches at Bramall Lane only one of them has fallen short of the 2.5 goal threshold. Those five games have seen a total of 20 goals; that's an average of 4.0 goals per match. Stoke's away form isn't quite as impressive but it's still not half bad. Their game average sits at 3.2 goals. Four of the five matches have seen a minimum of three goals.

Last but not least we have a BTTS prediction. The head to head record of the teams shows that the last three meetings have all seen goals at both ends. On top of that, recent form provides decent support for the ‘yes' bet too; Sheffield United have seen three of their last five with both teams scoring. That's the same stat for Stoke; only two of their last five have seen a ‘nil' in the score line.

Find the best odds for Sheffield United vs Stoke

Sheffield United vs Stoke: A good game with no nailed on winner

Stoke have started the season in great shape and find themselves right in the thick of the playoffs. In fact, if they keep up recent form there is no reason why they can't apply some pressure to those in the top two. The main man behind their recent form is Nick Powell, he's scored in each of his last four games. Sheffield United would have set the top six as a minimum target back in August. It's still completely plausible they achieve that target but they are making it hard for themselves. The sooner they can get the likes of Sander Berge, Oliver Burke and Luke Freeman fit the better. In the mean time, they're being carried by veteran Billy Sharp and youngster Morgan Gibbs-White.

FAQ on Sheffield United vs Stoke 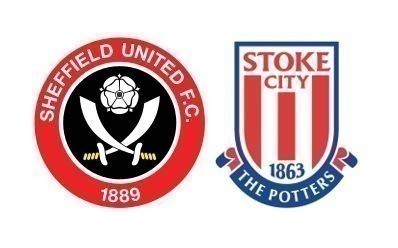