Sheffield United will all but confirm their place in the top six with a win away at QPR. Will they get the three points they're looking for? Find out with our QPR vs Sheffield United match preview with free tips, predictions and odds mentioned along the way.

Two out of form teams to end level

At this precise moment in time, both of these teams have a chance of making the playoffs. Neither though are in the sort of form that makes you think they'd have any chance of winning them and, as such, we see this being a rather drab draw. QPR have won just two of their last 10 games having drawn one and lost the other seven. Sheffield United meanwhile have been okay at home but rather woeful on the road; in their last 10 away games they've won just twice with the remaining eight games split evenly between draws and defeats. As for head to head records, each of the last five meetings have been decided by the solitary goal, which shows there is rarely much between the sides.

Goals will not flow

We've used the term ‘drab draw' above and that does not translate to a free flowing game of high scoring football. In fact, we're backing this game to come in under the 2.5 total goals mark. QPR have gone under the 2.5 cut off in three of their last five matches averaging 2.0 goals per game. Sheffield United have seen four of their last five come up short of that 2.5 marker with just seven goals across that period. Three of the last five head to head clashes have ended with fewer than three goals in them as well.

QPR vs Sheffield United: Let's look at the predicted lineups

This game is an interesting one. Neither team are in form but the result is loaded with subplots. A QPR win means both teams could still make the playoffs. A Sheffield United win means they almost definitely will make the top six whilst confirming that QPR won't!`

We've touched on the fact “QPR can still make the playoffs” a couple of times. In reality, they won't. There are several teams between them and sixth place. Regardless of how this one plays out, it won't be games like this that have cost them their playoff shot. Quite frankly, they've been out of form for far too long to transform now. Maybe they can keep those slim hopes alive a little longer though?

The pre-match message couldn't be simpler, could it? Win this game of football and we are in the playoff lottery for a potential place at the big boys table. The Blades have known that for a while though and have found ways to falter. Is the pressure too much or will they find form at the perfect time?

A quickfire FAQ on QPR vs Sheffield United 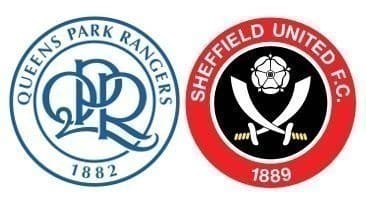