Luton and Sheffield United are locked in mid table together but they'll know a couple of wins could make things look a damn sight prettier. Will either leave here with three points? Find out with our Sheffield United vs Luton match preview with free tips, predictions and odds mentioned along the way.

We kick off our predictions with a Luton win. It's hard to look past such a result when you consider the form of both sides. Sheffield United haven't won in three games now losing two and drawing one. Luton meanwhile have won four of their last five losing none of them. More notably within the form is the away record Luton hold; they've won their last two. Sheffield United meanwhile have lost two of their last four home games winning just one.

Goals are on the menu

Next up we are backing this game to feature goals. Luton have seen three of their last five  games go over 2.5 goals. The average goals per game in that five match period stands at 3.0 goals. As for Sheffield United, they too have gone over 2.5 goals in three of their previous five matches. Their average is even stronger than that of Luton's at 3.2 per game. Furthermore, if you look at the last time these two met at Bramall Lane the game features a total of four goals.

Check out the key stats & form for Sheffield United vs Luton

At the moment, these two are next to one another in the middle of the table. Either side could, in theory, make a late playoff dash from deep. If they are to do that though, they'll need to find consistency that they've not shown to date.

Sheffield United are paying the price for a lack of consistency in their results at the moment as proven by the fact they've drawn one, lost two and won two of their last five matches. If they're to make a fist of their playoff chase then the time for winning is now.

Luton's story is very similar to their hosts. They have struggled for consistency but right now they're on a good run. If they can keep that momentum going for a few more weeks they'll likely put themselves right in the mix. It's easier said than done though.

A brief FAQ ahead of Sheffield United vs Luton 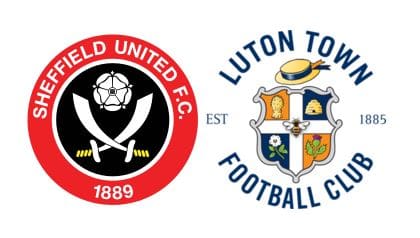