Sheffield United suffered a surprise loss on Good Friday. Will they come back swinging here? Find out with our Bristol City vs Sheffield United match preview with free tips, predictions and odds mentioned along the way.

Blades to bounce back to winning ways

Bristol City have not exactly had a good Championship campaign; they have 13 wins in 42 games, and are 18th on the table. It's fair to point out that Bristol City are 17 points clear off the relegation zone, and there are just four games left; they are also 17 points from the promotion playoff places, which means they can neither get promoted nor relegated. However, Sheffield United are just hanging on to the last available promotion playoff spot; they will most likely lose that spot if they don't win this match. Sheffield United needs the win more than Bristol City; and considering Sheffield United won the last two encounters between these teams, we believe they'll win today.

Don't bank on a goalfest

Bristol City's season might be done and dusted by Sheffield United still have a lot to play for. Will this be a chance for the Robin's fanbase to enjoy some entertainment as they derail the Blades promotion push or will they suffer another defeat as they limp towards the summer?

Bristol City ended their four match winless streak by beating Stoke City on Friday: they have struggled a lot recently, with just two wins in their last nine games. Nigel Pearson's men haven't won back-to-back league games in over a year; they'll hope to do so as they take on Sheffield United.

Sheffield United have been going through a rough patch lately; they are coming off a loss, and have just one win in their last four games. Paul Heckingbottom's men are sixth on the table, occupying the last promotion playoff spot; they'll hope to maintain that spot as they visit Ashton Gate.

A quickfire FAQ on Bristol City vs Sheffield United 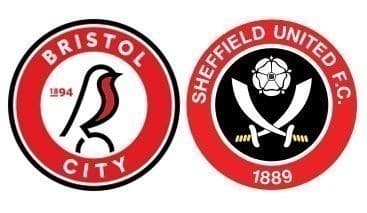