Sheffield United vs Blackburn: Check out our betting tips

This match is very much a big one in the battle for locking down a playoff spot. Who will win? Find out with our Sheffield United vs Blackburn match preview with free tips, predictions and odds mentioned along the way.

Blades to win it

We've mentioned that Sheffield United have lost just once in their last 14 league games, we would also like to point out that they've kept 10 clean sheets in those 14 games. Due to their good defence, Sheffield United's games tend to be on the low scoring side; five of their last seven games went below the 2.5 goal mark. Similarly, Blackburn's games have mostly been low scoring; although this is mostly because of their lack of goals. Blackburn scored just one goal in their last six games; all of their last seven games went under 2.5. On that note, we shouldn't expect a lot of goals in this game.

This game is a showcase of how quickly things can change in either direction. Sheffield United have mounted a tilt at the top six seemingly from nowhere whilst Blackburn have blown their battle for a top two finish and now, having played more games than most, could be in a fight for a playoff spot. This game is huge.

Blackburn Rovers have been going through a rough patch recently; they have no wins in their last four games, with two draws and two losses. Due to their poor form, Blackburn dropped from second to third, and they are now 10 points behind league leaders Fulham; Tony Mowbray's men will hope to put an end to their unwanted streak today. 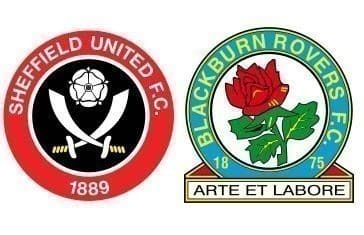