Sheff Utd might be relegated but they will want to give their fans something to cheer for on the final day of the season. Burnley could still finish above both Brighton and Newcastle with a win and the visitors do play their best football on the road.

Read on for our full match preview and prediction for Sheff Utd vs Burnley in the Premier League.

Burnley claimed a 1-0 win when these two sides locked horns in December and we're expecting another close and competitive 90-minutes between the pair on Sunday. Both teams have scored in just one of Burnley's last five fixtures and none of the Blade's last seven outings, so you can see why we're only backing one team to score in this game at most.

Each of the last three meetings between these two clubs have produced under 2.5 goals and we're backing another tight and tense 90-minutes this weekend. Five of Sheff Utd's last six league games have seen fewer than three goals scored, with the only exception being a 4-0 away defeat against Tottenham. Burnley have kept clean sheets in each of their last two away games and won on both occasions.

Chris Wood has enjoyed an impressive campaign for Burnley and his goals have helped keep the club in the top flight. The striker is the only player in either squad to reach double figures in league goals this season, netting 12 times so far. The New Zealander really came to life in the latter stages of the campaign, scoring 8-goals in his last 10 appearances for Burnley.

Sheff Utd looking to give their fans something to shout about

Sheff Utd were unable to follow up their 1-0 win at Goodison Park with another away win against Newcastle, as they suffered a narrow defeat. Goals have been a real issue for the Blades this season but defensively they have improved in the second half of the campaign and rarely get thrashed. Sunday's hosts could be without Sharp, Burke, Berge, Ampadu, O'Connell, McBurnie and Baldock for the last game of the season, which could hinder their chances of securing a rare home win.

Pope could return to the squad to face Sheff Utd but it looks like Brady, Bardsley, Stephens and Long will all miss the trip to Sheffield. Burnley's poor home record continued when they met Liverpool in midweek, going down by three goals to nil. However, on the road is where Dyche's men have played their best football this season, with Burnley winning four of their last seven away games in the Premier League. The visitors have the added motivation of being able to finish a couple of places higher if they win and that means more prize money. 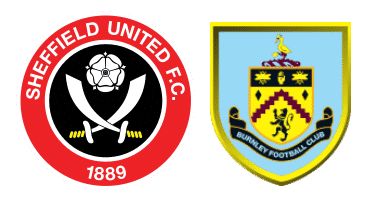