Shamrock Rovers to the Premier Division table by 7pts heading into their home game against Shelbourne on Friday 27th May. The visitors sit in mid-table as things stand and don't have the best of recent records against Shamrock but a win could move them into the top 5.

Shamrock Rovers & Both Teams to Score

We're expecting goals in this game just as we got last month when Shamrock Rovers ran out 2-1 winners at Shelbourne. Over 2.5 goals have been scored in three of the home side's last five matches while three of Shelbourne's last six outings have produced scorelines of 2-1, adding further weight to our prediction for at least three goals to be scored on Friday.

Everything you need to know about Shamrock Rovers vs Shelbourne

Shamrock Rovers made the trip to Drogheda United on Monday night where a solitary goal from Brennan proved enough to settle the destination of all 3pts. Shamrock don't lose many games and they didn't help themselves by getting Mandrolu sent-off in the final 10-minutes. Still, Friday's hosts sit 7pts clear at the top of the table and have a goal difference of +19 which is four goals better off than their nearest rivals, Derry City.

Shelburne were expected to make light work of visiting UCD on Monday, which they did. A goal in first-half stoppage-time via a Boyd penalty put the home side 1-0 up and early in the second half, Moylan made it 2-0 and ended any hopes of a comeback for the visitors. Boyd moved onto 6-goals for the season with that spot-kick and Shelbourne are going to need their top-scorer to be on form if they are to defeat the league leaders on Friday.

Shamrock Rovers: the hosts have no fresh injury concerns but Mândroiu will miss the game due to a suspension.

Shelbourne: McEneff, Thomas, Hawkins, McManus and McSweeney could all miss the game against Shamrock Rovers through injury. 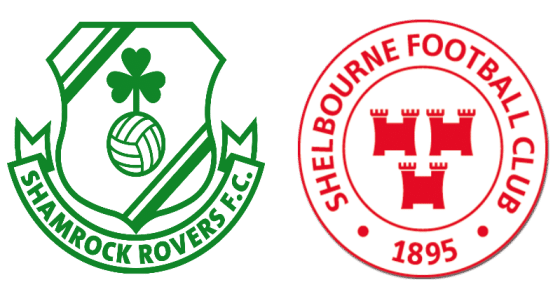