One of a few derbies scheduled for this La Liga round is the Villarreal vs Sevilla duel and we have prepared an in-depth preview of this game for you, along with some free betting tips.

Our favourite betting predictions for Villarreal vs Sevilla

If you need a bit of help to choose the right bet for Villarreal vs Sevilla, check our top betting tips for this duel:

Although Villarreal lost to Liverpool in Champions League semis, they showed a lot of heart and quality in that matchup, as they did through the entire campaign. The Yellow Submarine will not play in that competition next season, but they are fighting for European football.

The same goes for Sevilla, who is on a good track to secure a place in the Champions League. So, we can obviously expect an exciting game, which we expect Villarreal to win thanks to the fact that they are playing at home more than anything else.

Three of the last five head-to-head duels between Villarreal and Sevilla have gone over 2.5 total goals, so we wouldn't be surprised if that happens on Sunday too.

The best odds and important stats for Villarreal vs Sevilla

If you want to bet on the highest Villarreal vs Sevilla odds, check our selection of odds taken from the best UK bookies:

We will se a few interesting matchups in this round of La Liga, including this one. So, let's take a closer look at the teams:

With two wins, one draw, and three losses in the last six games in La Liga, Villarreal is not in such a great form at the moment. That's understandable since the team was busy with Champions League, but it puts them in danger of missing European football next season and they need points in the remaining matches to ensure that this doesn't happen.

The Yellow Submarine will be without injured Alberto Moreno and Yeremy Pino, while Arnaut Danjuma is once again questionable and more likely to miss the game than to suit up.

Two wins, two draws, and two losses in the last six games are not a great result for Sevilla, but the team managed to stay in the top four and they still have a nice cushion ahead of the fifth team in the standings, their city rival Real Betis. In fact, they need six points from the remaining four matches to secure a top four finish, even if all results go against them.

Meanwhile, the team is without injured Anthony Martial, Suso, and Fernando, although Martial hasn't been ruled out for sure yet. 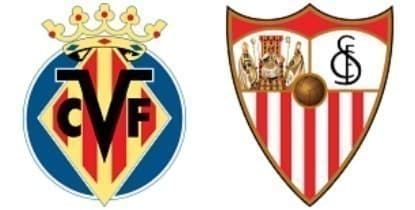