One of the hottest city derbies in Spain is the Sevilla vs Real Betis duel. With that in mind, we have prepared a detailed preview of this game, along with some free betting predictions

Our favourite Sevilla vs Real Betis betting tips and picks

If you are looking for the top La Liga betting predictions, including out picks for Sevilla vs Real Betis, you came to the right place:

While both teams scored in just two of the last five h2h meetings between Sevilla and Real Betis, we expect that to be the case in their upcoming duel.

After all, the two teams have never been closer to the top at the same time and we expect a fiery, passionate game, much like their duel in the Spanish Cup, which ended with both teams scoring.

Rafa Mir to Score at Any Time

As we already said, we expect both teams to score, so we though that we could offer our thoughts on who the scorers might be. Our choice is Rafa Mir, the top for Sevilla in the league this season.

So far, Rafa Mir scored eight goal sin La Liga and eleven goals in the entire season in all competitions. Even with En-Nesyri back, the Spanish striker is posing as the main threat for the opposition.

The highest odds and useful stats for Sevilla vs Real Betis

You don't have to spend a lot of time looking for the best Sevilla vs Real Betis odds – you can find them all right here:

The city derby of Seville is one of the best in Spain and we expect to see an exciting duel. So, let's take a closer look at the teams now:

The race for the title in La Liga this season is almost a two-way race since Real Madrid and Sevilla are well ahead of other teams. That being said, Real Madrid is still six points ahead of Sevilla at the moment, so this city derby is a very important one for the team. Luckily, they enter this match with a confidence boost after eliminating Dinamo Zagreb in Europa League.

That being said, Sevilla does have a few problems since Karim Rekik, Erik Lamela, Gonzalo Montiel, Suso, and Anthony Martial are all out with injuries, while Lucas Ocampos has to serve a suspension in this game.

The last city derby was a memorable one for Real Betis since they've secured a spot in Copa del Rey semis after an overtime win, so Real Betis certainly enters this game with a lot of confidence. In addition to this, the team eliminated Zenit to progress to the next stage of Europa League a few days ago and they are third in La Liga, which is another impressive thing for them.

However, Juan Miranda, Claudio Bravo, Victor Camarasa, and Martin Montoya are all still out with injuries, while Juanmi will have to miss the game through suspension.

The usual questions for Sevilla vs Real Betis 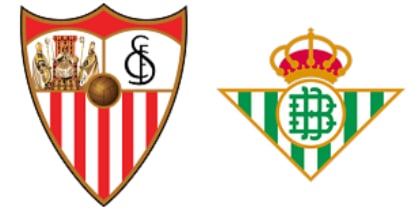