The Sevilla vs Getafe duel in the upcoming round of La Liga could be an exciting one, so check our preview of this match and our free betting tips.

Our best betting predictions and picks for Sevilla vs Getafe

If you are not sure what is the right bet for Sevilla vs Getafe, check our top betting picks for this duel:

Although both teams are in good form at the moment and Getafe has been unbeaten in the last six games, we expect Sevilla to win this match, just like they did in the last five h2h duels against Getafe.

After all, Sevilla is getting close to the top spot in the standings and they will not miss this chance to beat Getafe at home to get even closer to Real Madrid. That being said, it was Getafe who beat Real Madrid in the last round to help Sevilla, but we can't see them pulling another surprise in this match.

Three of the last five h2h duels between Sevilla and Getafe have gone under 2.5 total goals and we can see that happening once again in their upcoming duel.

The best odds and important stats for Sevilla vs Getafe

If you want to bet on the latest odds for Sevilla vs Getafe, check our selection of odds from a few different bookies:

While the home team is the clear favourite in this game, the guests can hope for a positive result in this game. So, let's take a detailed look at both teams:

After Real Madrid's loss to Sevilla's upcoming opponent in the last round, Sevilla came to just five points within Real Madrid and the first place in the standings. In the last six games, Sevilla has four wins, one draw, and one loss and they are undefeated in the last five matches in La Liga. So, this could be a year in which Sevilla seriously contends for the title.

That being said, Sevilla will be without a few key players in this match. Lamela, Delaney, and Navas are out with injuries, while Mir and Suso are questionable. The team's top scorer from last season En-Nesyri is with Morocco for the African Cup of Nations.

After struggling for a long time and spending most of their season in the relegation zone, Getafe found their groove and they are now undefeated in the last six games. In the last eight games, the team has just one loss, along with three draws and four wins – including the win over Real Madrid in last round. However, Getafe is still just two points ahead of the first team in the relegation zone.

The team is also dealing with more than a few problems since Abdluai is out with an injury, while Macias, Vitolo, and Rodriguez are questionable. Also, Oliveira and Arambarri are suspended.

The usual questions for Sevilla vs Getafe 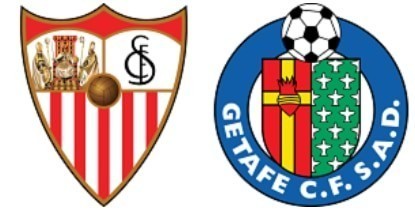