One of the more interesting matches in La Liga this weekend is the Sevilla vs Celta Vigo duel. With that in mind, we have prepared a detailed preview of the game for you, along with some free betting tips.

If you are looking for reliable La Liga betting predictions, including betting picks for Sevilla vs Celta Vigo, we can help you out:

Four points is all that separates Sevilla from Real Madrid and first place in La Liga, so the team is certainly eager to get three points against Celta and keep the pressure on.

And while Celta Vigo is in good form with three wins in the last five league matches, we have to back Sevilla in this game. After all, Sevilla beat Celta Vigo in their last three h2h duels. So, our prediction is for Sevilla to win this game.

Three of the last five head-to-head meetings between Sevilla and Celta Vigo have ended with three or more goals being scored. In fact, the two teams averaged 3.80 goals per game in those five matches.

The top odds and important stats for Sevilla vs Celta Vigo

If you are looking for the best Sevilla vs Celta Vigo odds, you can check our selection of odds from a few different UK bookies:

This is the derby of the relegation zone and a very important game for both teams. So, let's take a closer look at them right now:

In the last five games in all competitions, Sevilla has three wins, one draw, and one loss, which was a rather painful loss to their city rivals Real Betis in Copa del Rey. However, the team is without a loss in the last seven games in La Liga and they are just four points behind Real Madrid, who is in first place. So, Sevilla seems like the most serious contender next to Real Madrid at the moment.

That being said, Sevilla will miss a lot of players for their next game. Jesus Navas, Suso, Erik Lamela, Jules Kounde, and Thomas Delaney are all injured, while Augustinsson is out with coronavirus. On top of that, Yassine Bounou, Munir El HAddadi, and Youssef En-Nesyri are with their national teams at AFCON.

After a rocky start of the season, Celta Vigo is getting into rhythm right now. In their last six games in La Liga, Celta has three wins, one draw, and two losses. Overall, the team is right in the middle of the standings, but the fans are certainly hoping for more since the team nearly missed European football last season after finishing eighth.

The team is in good shape heading into their duel with Sevilla since no injured or ill players. So, with a clean bill of health, Celta Vigo will likely field their best team over the weekend.

The usual questions for Sevilla vs Celta Vigo 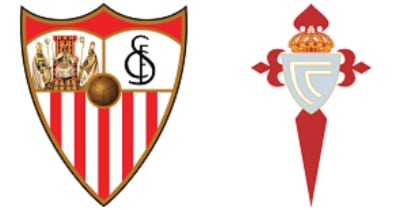