This round of La Liga is brings us a few very exciting games, including the Sevilla vs Atletico Madrid duel scheduled for Saturday, October 1st. So, here's a better look at the game and some of our free betting predictions for it.

Our Top Betting Tips for Sevilla vs Atletico Madrid

If you are unsure about the best bet for Sevilla vs Atletico Madrid, check our top betting predictions for this match:

While Atletico Madrid didn't impress at the start of the season with ten points from six games, Sevilla had an even worse start with five points from the first six rounds of La Liga.

So, we can see Atletico Madrid winning this game since Sevilla is in such poor form, even though Atletico only beat Sevilla once in the last five meetings. We feel that now is the perfect opportunity for them to get another win.

Both teams have scored in three of the last five head-to-head duels between Sevilla and Atletico Madrid, so we can see that being the case once again on Saturday.

Furthermore, both teams have scored in 83% of all Sevilla games this season in the league, while the same thing happened in 50% of all Atletico Madrid matches in La Liga so far.

The Highest Odds and Top Stats for Sevilla vs Atletico Madrid

If you wish to bet on the best Sevilla vs Atletico Madrid odds, check our list of odds taken from the main UK betting sites:

This match is certainly the biggest derby of the round in La Liga, so let's check the teams out in more detail ahead of their duel:

Not many people saw Sevilla starting the new season in La Liga with just five points from the first six games, but that is the current situation for them. The only win in those six games Sevilla managed to get against Espanyol. Meanwhile, things aren't much better for the team in Champions League either where they have a loss and a draw so far.

When it comes to team news, Sevilla will be without eixeira Marcao and Jesus Manuel Corona at the moment.

With ten points from the first six games in La Liga, Atletico Madrid is currently seventh in the standings. That's far from a great star, especially since the team also lost to their city rival Real Madrid in the last round, but it's still early in the season. Meanwhile, Atletico Madrid has a win and a loss in Champions League.

The team is currently without injured Sergio Reguilon and Jose Gimenez, while Mario Hermoso is out through suspension after being sent off against Real Madrid.

Q & A Sevilla vs Atletico Madrid 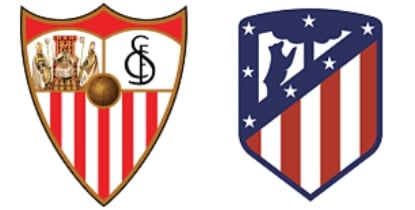