Perhaps the most interesting matchup in the last round of La Liga is the Sevilla vs Athletic Bilbao duel, scheduled for Sunday, May 22nd. With that in mind, we have prepared a detailed preview of this match just for you, along with some free betting tips.

Our top betting predictions and picks for Sevilla vs Athletic Bilbao

If you are struggling to decide on the best bet for Sevilla vs Athletic Bilbao duel, check our top betting tips for this game:

Athletic Bilbao to Win or Tie

Although Sevilla has a chance to finish third with a win, they have already secured a place in the Champions League for next season and whether they finish third or fourth won't matter much.

Meanwhile, Athletic Bilbao is trying to overtake Villarreal in the seventh place since they are just one point behind, which would take them to the Europa Conference League. With that in mind, we can see the guests avoiding defeat in this game.

Neither Sevilla nor Athletic Bilbao are among the teams that are known for scoring a lot of goals, we can see both teams scoring in this game. After all, this happened in three of the last five head-to-head duels between Athletic Bilbao and Sevilla.

Furthermore, both teams scored in 51% of all Sevilla matches in the league, while the same is true for 46% of all Athletic Bilbao matches in La Liga this season.

The best odds, stats, and more for Sevilla vs Athletic Bilbao

If you are looking for the highest La Liga odds, including top odds for Sevilla vs Athletic Bilbao, you can find them all right here, on our site:

This is a duel between two very good teams, so let's take a better look at them ahead of their upcoming matchup:

Despite failing to win in the last four games in the league, which were all draws, Sevilla secured a place in the Champions League ahead of the last game of the season. Although Real Betis is three points behind, Sevilla has the better h2h score against their city rivals, so we will see them in the European's best competition next season.

When it comes to team news, Sevilla will be without Fernando and Suso through injuries, while Nemanja Gudelj will miss the game through suspension.

With three wins, one draw, and two losses in the last six games in La Liga, Athletic Bilbao is in the race for a place in Europa Conference League this season. They are currently one point behind Villarreal, who is in the seventh place in the standings, which leads to that competition. So, the Basque team will have a strong motive in this last round against Sevilla.

Meanwhile, Athletic Bilbao will be without Ohain Sancet, while Raul Garcia and Nico Williams are questionable for this game due to injuries as well. 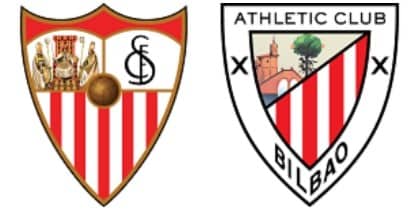