Denmark are way out in front in Group F and as things stand, second place looks like it will be decided between Scotland, Israel and Austria. Scotland currently have 11pts on the board and occupy the runners-up spot while Israel are just a point behind them in 3rd, so a win for either country would be huge this weekend.

Here are our predictions for Scotland vs Israel

While we are expecting a close and competitive 90-minutes between these two nations, we're backing Scotland to secure all 3ots. Scotland have won three of their four previous home games against Israel and won each of their World Cup qualifying games last month against Austria and Moldova. Israel have lost two of their last four fixtures, most recently going down 5-0 away at Denmark in September.

Two of Scotland's last three wins against Israel, all at home, have produced over 2.5 goals and we're expecting another action-packed 90-minutes on Saturday. Israel have been involved in a lot of high-scoring games of late with each of their last six matches producing over 3.5 goals, so you can see why we're backing at least three goals to be scored this weekend.

When these two countries have gone head-to-head both have found clean sheets hard to come by. Both teams have scored in five of the last seven meetings between Scotland and Israel and we're predicting more of the same on Saturday. Three of Israel's last six outings have ended with both teams getting on the scoreboard and while Scotland have a good defensive record, their guests have scored 9-goals in their last three qualifiers.

A solitary penalty from Dykes proved enough for Scotland to claim all 3pts from their trip to Austria last month, a result that surprised many after both teams' contrasting performances at Euro 2020. Scotland are looking to make it three wins on the run in Group F this weekend but will have to do so without Marshall, Jack, Fleck, Forrest, McBurnie, Griffiths, Paterson or Burke all of whom are either injured or haven't been selected by Steve Clarke.

Israel were thrashed 5-0 by Denmark last month but did manage to secure an excellent 5-2 win over Austria just days earlier and remain in contention to qualify for their first World Cup since 1970. Harush, Tibi, Tawatha, Yeini, Kayal, Golasa and Saba have not been called-up for these qualifying games but Israel still possess the quality in all the right positions to cause Scotland plenty of problems this weekend.

Your Questions – Scotland vs Israel 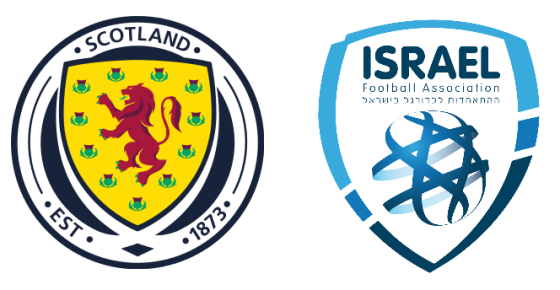