These two teams have left it late and now one simply has to win to stand any chance of progressing from Group D. Scotland have a good record against Croatia but are yet to score at Euro 2020, while Croatia have a more gifted squad but have failed to get out of 3rd gear so far.

Read on for our full match preview and prediction for Croatia vs Scotland in the European Championship.

Croatia vs Scotland: Our Top Tips

With so much on the line, we're expecting a tight and tense 90-minutes between these two countries and history supports this game being low-scoring. Under 2.5 goals have been produced in each of the five encounters between Croatia and Scotland, while five of Croatia's and four of Scotland's last six international matches have also featured fewer than 3-goals.

We don't see both teams scoring in this match and believe that the game will be settled by a single goal. Both teams have scored in just two of the five previous meetings between these two nations and only two of both country's last six international matches have ended with both teams getting on the scoreboard.

Everything you need to know about Croatia vs Scotland

Croatia followed up their disappointing 1-0 defeat against England with a 1-1 draw against the Czech Republic but now they have to dig deep and produce a win. The Croats are yet to play to their best and this could go in their favour on Tuesday night when they face a Scotland side that put in a lot of effort and played very well against England but could only muster a 0-0 draw. Boma Barisic is unlikely to feature against the Scots due to a back injury and manager Zlatko Dalic will be demanding top performances from the likes of Kovacic, Modric, Brozovic, Perisic, Kramaric and Rebic, all of whom are top players in European football and possess the ability to win a match.

Scotland's struggles in front of goal have been the story of their Euro 2020 campaign. Steve Clarke's men followed up their 2-0 defeat against the Czech Republic with a goalless draw against the old enemy, England. One man who did shine in that huge game against England was Chelsea's Billy Gilmour but sadly for the young midfielder, he will miss this crucial must-win game due to a positive COVID-19 test. This is a bitter blow for Scotland who will miss Gilmours creativity in midfield, especially as Scotland have really been struggling to create enough clearcut chances to win matches in this tournament. 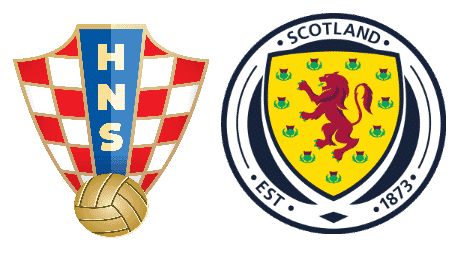