Both Sassuolo and Lecce got off to losing starts last weekend and will be determined to get points on the board this Saturday. Lecce make their return to Serie A this season after a couple of years in the second tier and almost claimed a point against the champions Inter Milan in their opening fixture.

We're expecting an entertaining 90-minute between these two clubs, and have backed both teams to find the back of the net. Three of the previous four encounters between Sassuolo and Lecce have ended with both teams getting on the scoreboard, including their last meetings back in 2020 which produced a 4-2 win for Sassuolo. Both teams have also scored in four of Sassuolo's last six matches while three of Lecce's last five fixtures have ended the same way, so you can see why we're not backing either side to keep their clean sheet intact this weekend.

Sassuolo are the favourites to secure all 3pts

Sassuolo made the trip to Turin to face Juventus on the opening weekend of the new season and ended up coming away with nothing to show for their efforts. Juve took the lead through new signing Di Maria after 26th-minutes and doubled their advantage just before the break via a Vlahovic penalty. The young Serbian striker was at it again early in the second forty-five, netting his second goal of the game in the 51st-minute to help wrap up a convincing 3-0 win for the home side.

Lecce were left heartbroken in their return to Serie A last weekend. Inter Milan took the lead after just 2-minutes and the home fans must have feared for the worst. However, Lecce responded really well and managed to get back onto level terms 3-minutes into the second half via Ceesay. As time ticked away, it looked like Lecce had done enough to hold the might Inter Milan, only for Dumfries to pinch all 3pts for the visitors deep into stoppage-time.

Sassuolo: Hamed Junior Traorè and Mert Müldür are the two main injury concerns for the home side.

Lecce: Alessandro Tuia and Kastriot Dermaku are unlikely to make the trip to Sassuolo due to injury.

FAQ for Sassuolo vs Lecce 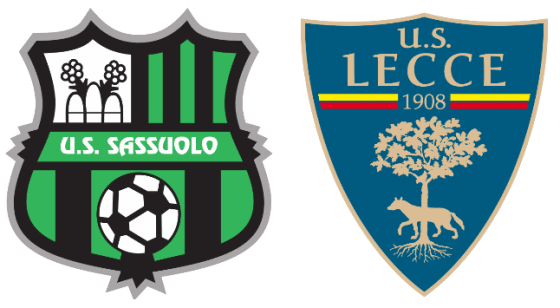