Sandefjord will be hopeful of making a return to winning ways in the Eliteserien this Wednesday when they play host to bottom of the table Kristiansund. The visitors are still yet to win a game this season and with 13 games already played, surely relegation is inevitable for Krsitiansund.

Sandefjord recorded a 3-2 win when these two teams last locked horns and we're backing the home side to secure all 3pts once again on Wednesday. Kristiansund only have 2pts on the board from their opening 13 matches and Sandefjord have played one more game than their guests yet sit 15pts clear of them in 12th position. With 11 defeats from their opening 13 games, it's hardly surprising that we are backing Kristiansund to lose once again.

Both teams have scored in four of the last six league meetings between these two clubs, and we're expecting more of the same on Wednesday. Each of Sandefjord's and five of Kristiansund's last six outings in league and cup have ended with both teams getting on the scoreboard, so you can see just why we're not backing either side to keep a clean sheet on Wednesday.

Sandefjord played host to title-challenging Molde at the weekend where despite giving a good account of themselves, the home side ended up losing the game. An own goal from Haugan put Sandefjord in front in the 36th-minute but Molde equalised right on the stroke of halftime. The visitors moved in front early in the second forty-five through Kaasa but Sandefjord responded well and made it 2-2 12-minutes from time via Haakenstad. However, there was to be one last twist in this game as Brynhildsen scored in the 85th-minute to hand Molde all 3pts.

Kristiansund went in search of their first league win of the season as they faced off against Odd at the Kristiansund Stadion. The home side must have thought that their first league win of the season was on the cards as they took a 2-0 lead at the break through a 7th-minute goal from Hopmark and one from Bye in the 20th-minute. However, Odd pulled a goal back in the very 1st-minute of the second half and Ruud equaised for the visitors in the 56th-minute. Neither side could carve out an equaliser in the time remaining and the scoreline ended in a 2-2 draw.

Sandefjord: Sander Risan Mørk has a broken foot and isn't expected back in action until September.

Your Questions for Sandefjord vs Kristiansund 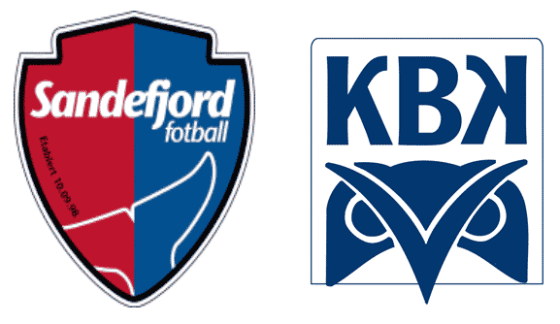