Juventus sit 4th in the Serie A table and will be looking to close the gap between themselves and the top three this weekend with a win away at Sampdoria. The hosts are still in the thick of the relegation battle and could get dragged in much further if they lose at home on Saturday.

Juventus have won each of their last six encounters with Sampdoria, two of which were this season in the Serie A game in Turin and when the pair locked horns in the Coppa Italia. Sampdoria have lost four of their last six league games and head into this match as the underdogs, while Juve have won three and drawn three of their last six outings in all competitions.

Alvaro Morata has netted 6-goals in Serie A this season for Juventus, scoring the winning goal last time out against Spezia. We're backing the Spanish international to back up his goal from the last match with another against Sampdoria on Saturday. Juve have a lot of injuries right now and Morata is likely to start the game and play for the entire 90-minutes.

Sampdoria vs Juventus: The latest stats and markets

Sampdoria made the trip to Udinese last weekend where they fell behind in the 3rd-minute to a goal from Deulofeu. Udinese doubled their advantage in the 12th-minute but despite Sampdoria pulling a goal back a minute later through Caputo, Sampdoria were unable to carve out an equaliser. That result leaves Sampdoria sitting 4pts above the drop zone and while they have a much better goal difference than the teams below them, another defeat this weekend could be troublesome.

Juventus only managed t0 score one goal at home to Spezia but it was enough to secure all 3pts. Morata, whose goal return hasn't been great this season, scored the all im[ortant goal in the 21st-minute, to which Spezia had no reply. Juve remain fourth in the table and could still secure a spot in the Champions League this season.

Sampdoria: Thorsby will be suspended for the game and both Gabbiadini and Damsgaard could miss out through injury. 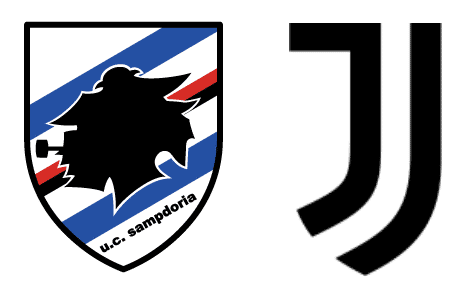