After the first duel between Romania and Armenia in the WC Qualifiers turned out to be a classic, we expect another interesting match in their next game. So, let's take a closer look at the game and our free betting tips.

Our top betting predictions for Romania vs Armenia

If you can't seem to decide on the bet for Romania vs Armenia, check our favourite betting tips for this game:

Odds from Ladbrokes are subject to change.

While the first game between these two teams was a very exciting one, Armenia ended up winning it. That was a bit of a surprise then, but Armenia later proved with other results that it wasn't an accident. However, Armenia has failed to win in their last four matches in these Qualifiers, so they seem to be on a downward spiral. With Romania playing at home and being the better team on paper, our prediction is for Romania to win this match.

We have seen five goals in the first duel between Romania and Armenia in these Qualifiers, so we expect to see another high-scoring match when they meet on Monday. In addition to this, both teams have averaged 2.57 goals per game so far in the group, so we don't see any reason why they can't combine for at least three goals in this game.

The best odds and latest stats for Romania vs Armenia

If you want to bet on the top Romania vs Armenia odds, check our list of odds taken from the best UK bookmakers:

After seven rounds in Group J in the UEFA WC Qualifiers, Romania has ten points and they are in a fierce battle for the second place in the group that leads into the playoffs with North Macedonia and their upcoming opponent Armenia. In the last five matches in all competitions, Romania has two wins, one draw, and two losses. The team is pretty inconsistent, but this is a nice chance for them to overtake Armenia in the standings and come closer to their first World Cup appearance since 1998.

The former Soviet republic was never in this kind of position to reach a major football competition ever since the USSR broke apart. At the moment, Armenia is third in the group with 12 points, the same as North Macedonia and two ahead of their upcoming opponent Romania. If they can avoid defeat against Romania, Armenia will have a realistic chance to get into the playoffs, where everything is possible. That being said, Armenia failed to win in their last five matches in all competitions. 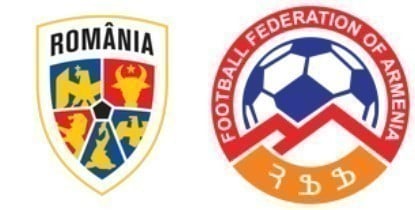