Just 4pts and two places separated these two sides in the Serie A and we're expecting a close and competitive 90-minutes between the pair at the Stadio Olimpico this weekend. Roma are the favourites to win the game and having the home advantage will help but Verona have already beaten the home side this season and head into this game on the back of a big win.

At least three goals have been scored in six of the last seven league meetings between Roma and Verona, so you can already see why we are predicting goals on Saturday. Three of Roma's last five outings and five of Verona's last six fixtures have also ended with over 2.5 goals being scored.

Both teams scored when these two sides last locked horns in September and have done in four of their last five head-to-heads in Serie A. Three of Roma's last five fixtures have ended with both teams getting on the scoreboard, while four of Verona's last six matches have produced goals at both ends of the pitch.

Roma were away at Sassuolo last weekend where a stoppage-time penalty in the first half from Abraham put Roma 1-0 up. However, early in the second half, Smalling put through his own net and then Traore scored to make it 2-1 to Sassuolo. As the game entered stoppage time, Roma needed a hero and they got one in the form of Cristante who equalised with virtually the last kick of the game.

Verona were in fine form when they played host to Udinese last time out, scoring 4-goals without reply. Depaoli opened the scoring after 2-minutes, setting the tone of the afternoon, and Verona went in at the break 2-0 up thanks to a goal from Barak in the 31st-minute. The host's domination continued in the second half as Caprari made it 3-0 in the 66th-minute and Tameze wrapped up the scoring 6-minutes from time with Verona's 4th goal of the game.

Roma: Nicolò Zaniolo is suspended, while Roger Ibañez and Leonardo Spinazzola are expected to miss the game due to injury.

Verona: Ivor Pandur and Gianluca Frabotta are the main injury concerns for the visitors this weekend.

Your Questions for Roma vs Verona 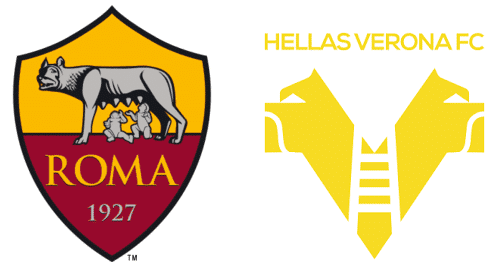