The first-ever Europa Conference League Final takes place on Wednesday 25th May and sees Italian side Roma, managed by Jose Mourinho, take on Dutch giants Feyenoord. Roma are the bookmaker's pick to win despite not winning any silverware in Europe before. Feyenoord have a better history in European competitions winning one European Cup and two UEFA Cups, the most recent of which was in 2002.

These two sides have met in European competition before, backing in the 2014/15 campaign where Roma ran out 3-2 winners on aggregate in the Europa League. The Italians have Jose Mourinho in charge, a manager that has guided clubs to European success on multiple occasions so he knows what it takes to get across the line in these big games. Roma finished the Serie A season with a 3-0 win away at Torino, securing a 6th-place finish. Feyenoord finished 3rd in the Eredivisie but lost their final league game at home to Twente 2-1.

As with most cup finals, we are expecting a tight and tense 90-minutes in Albania. Mourinho is known for his defensive style of play and that is reflected in Roma's recent results with five of the Italian side's last six matches producing under 2.5 goals. Two of Feyenoord's last four fixtures have also witnessed fewer than three goals scored and we can see the Dutch side's forwards having a tough time breaking down this Roma defence.

Everything you need to know about Roma vs Feyenoord

Roma the favourites to lift the inaugural Conference League trophy

Roma defeated Premier League side Leicester over two legs to reach the Conference League final. After drawing 1-1 at the King Power Stadium, Roma were always the favourites to win in their own backyard, which they did thanks to a solitary goal from former Chelsea striker, Tammy Abraham.

Feyenoord claimed a 3-2 win at home against Marseille to give them a good chance of progressing through to the Conference League final but still had to make the trip to France the following week. Marseille through everything they had at Feyenoord but the Dutch side held firm to secure a goalless draw to set up a date with Roma in Albania.

Roma: Chris Smalling, Nicolò Zaniolo and Henrikh Mkhitaryan are all injury concerns ahead of the final.

Feyenoord: Tyrell Malacia and Justin Bijlow will miss the trip to Albania due to injury.

Roma vs Feyenoord – Your Questions 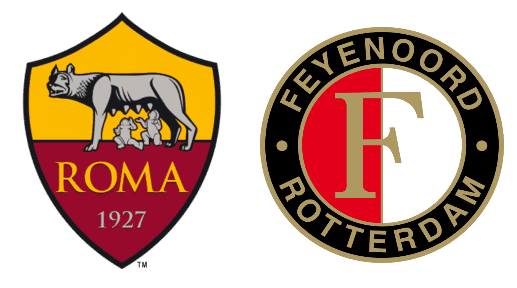