The ranked 16th in the Primeira Liga and the ranked 3rd in Liga Portugal 2 will meet for a second time to decide which side will play in the top-flight in the next campaign. Stay tuned for the best free betting tips for this Primeira Liga playoff game.

Remember to always check your betslip with care before placing your final bet. The odds may change at all times without notice! Our recommended bookmaker for this match is Ladbrokes.

The tier-2 squad is more than eager to get into the top-flight. Arouca has already made the first step beating Rio Ave 3-0 in the first leg. Statistically, the visitors are more than favored to win the second tie as well. They have a 100% win rate in their last 10 games conceding just 3 goals. On the other hand, Rio Ave has a single victory in its last 10 matches, only scoring in 3 of them. Of course, we are talking two different tiers, but having seen Arouca win 3-0 convincingly, we have no reason not to back them again. The odds of over 1/1 for a Double Chance are also something you wouldn’t want to miss.

Generally, the games in Portugal do not produce as many goals as other leagues. Rio Ave is a great example of a club that employs this football mindset. The squad rarely scores more than once per game and is the lowest-scoring side in the top-flight. Unless Arouca goes on another goal-scoring spree, we will most likely see less than 3 goals getting scored.

Up against each other, we have, as we already mentioned, the lowest scoring Primeira Liga side and the best Liga Portugal 2 defense. Arouca has conceded in just 3 of its last games, while Rio Ave has been able to score in just 3 of its matches. Head-to-head there has been just a single game in which both teams got across the scoreboard.

Rio Ave vs Arouca: The latest stats and selection of the best odds

Check some of the latest stats as well as the best odds available all in one place:

Are we going to see a new Primeira Liga addition?

Arouca is knocking on Portuguese top-flight's door looking to get a third team relegated. In Portugal, the bottom and top two of 1st and 2nd division get relegated or promoted, and the 16th and the 3rd spot in both divisions battle a place at Primeira Liga out. Arouca has a huge advantage and is looking for a return in the top-flight.

Unfortunately, Rio Ave has been falling in a downwards spiral this year, and their struggles seem to just begin. Finishing 5th in the last campaign, no one could’ve imagined that they will be on the edge of relegation a year later. It’s still not over, but Rio Ave needs to overcome a 3-goal deficit. The club has played for 12 years in the top-flight now. 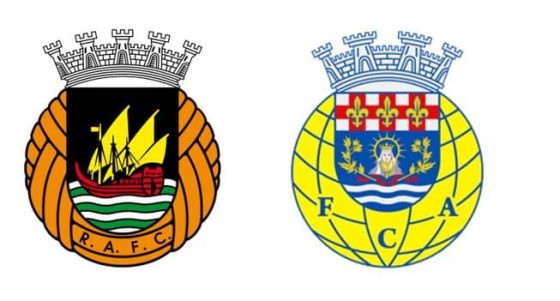