The matchup between Real Sociedad vs Villarreal in the upcoming La Liga round is one of the more exciting ones. The game will be played on Sunday, October 9th, so check our free betting tips and our preview for this duel.

If you need a bit of help to find the best Real Sociedad vs Villarreal bet, check our favourite betting tips for this game:

Real Sociedad and Villarreal to Draw

At the moment, Real Sociedad is seventh and Villarreal eighth in the standings in La Liga, with one point being the only difference between them after the first seven rounds.

So, we expect to see a very close game between two very good teams. In fact, we can see the match ending in a draw, which was the case in two of the previous four duels between these teams.

Both teams have scored in four of the five previous h2h duels between Villarreal and Real Sociedad, so we would be surprised if that didn't happen again in their next game.

That being said, both teams scored in just 14% of all Villarreal games in the league this season, although the same is true for 71% of all Real Sociedad matches in La Liga so far.

The best odds and stats for Real Sociedad vs Villarreal

If you want to place a bet on the top Real Sociedad vs Villarreal odds, check our list of odds from the best UK betting sites:

The direct duel in the race for Europa League is bound to be very interesting, so let's take a closer look at both teams now:

The team from San Sebastian started the new season in La Liga with four wins, one draw, and a couple of losses, which is a solid start for them which puts them in the seventh spot in the standings. In addition to this, Real Sociedad has all three wins in their group of Europa League, so the team is clearly in good form.

After the first seven rounds of La Liga, Villarreal is in the eighth place with twelve points, one point behind their upcoming opponent Real Sociedad. And like the Basque team, The Yellow Submarine also has all wins in Europe, although they are playing in Europa Conference League this season.

When it comes to team news, Villarreal is currently without Manu Trigueros, Gerard Moreno, Juan Foyth, and Alberto Moreno through injuries.

Real Sociedad vs Villarreal – Q & A 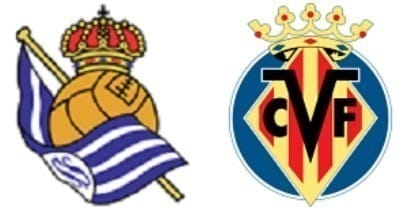