The last game to be played on Saturday in La Liga is also the derby of the round – the Real Sociedad vs Real Madrid duel. So, check our preview of this game and our free betting tips.

If you are not sure what is the right bet for Real Sociedad vs Real Madrid, check our top betting picks for this duel:

Both teams have been great in La Liga this season, with Real Madrid leading the league and Real Sociedad being only seven points behind them in the standings.

So, with both teams doing well, a draw sounds like the most reasonable outcome. In addition to this, the last two meetings between Real Sociedad and Real Madrid have ended without a winner.

Real Sociedad and Real Madrid to Draw at Half Time

Since we expect the match to end without a winner, we also expect the teams to be tied at half time, which is often the case in those types of games.

In addition to this, four of the last five h2h duels between Real Sociedad and Real Madrid have been draws at half times, so that happening again would hardly be a surprise.

Both teams have scored in four of the last five head-to-head duels between Real Sociedad and Real Madrid, so we expect the same thing to happen in this game too, especially with both teams doing well in the league.

Furthermore, both teams have scored in 73% of all Real Madrid games in La Liga until now, although the same thing happened in just 33% of all Real Sociedad matches in the league this season.

If you are looking for the best La Liga odds, like the top odds for Real Sociedad vs Real Madrid, you've come to the right place:

Real Sociedad vs Real Madrid preview: Derby of the round

Although they've lost the top spot in the standings to their upcoming opponents, Real Sociedad is still having a great season and sitting in the third spot in La Liga, while also being in play for the top two spots in their Europa League group. That being said, the team failed to win in their last two La Liga matches and they look a bit out of breath at the moment. Monreal, Silva, Merino, Elustondo, and Fernandez are currently injured and out of the next game.

This season has been great so far for Real Madrid since they are at the top of the standings in La Liga at the moment and they've also secured a spot in the Top 16 phase of Champions League as well. They are also on a five-game winning streak in the league and a win over Real Sociedad would put them ahead by a nice margin. Ceballos and Bale will miss this game with injuries. 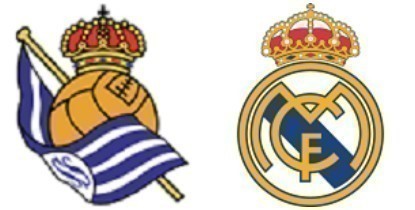