Perhaps one of the most interesting matches of the round in La Liga is the Rayo Vallecano vs Real Sociedad duel. So, here's our preview of this game, including some of our free betting tips.

If you are on the hunt for the best La Liga betting predictions, including our top picks for Rayo Vallecano vs Real Sociedad,, check them out now:

After struggling to get any wins for a long time, Rayo Vallecano won two games in a row, both away from home, including a win against Barcelona. With that, the team secured their place in La Liga for next season.

Meanwhile, Real Sociedad still has some kind of a chance to reach the top four and a place in Champions League, but the more likely scenario is for them to play in Europa League next season. But they are in good form lately. Still, with Rayo Vallecano hosting the game after winning two in a row, we can see the game ending in a draw.

So, we had to include this prediction. It's crazy and if you place this bet, it should definitely be a tiny bet, but we feel that it's worth the punt and we really like the odds, of course.

The reason why we can see the game ending in a 2-2 draw is simple – three of the last five h2h meetings between Rayo Vallecano and Real Sociedad have ended 2-2. So, why not again?

If you wish to place a bet on the top Rayo Vallecano vs Real Sociedad odds, check our selection of odds from the top UK bookmakers:

With both teams doing well lately, this could be a very interesting duel. So, let's take a more detailed look at the teams:

Thirteen games have passed since Rayo Vallecano won a game in La Liga, but then the team beat Espanyol away from home to break the poor streak and followed that with a win over the other, better Barcelona team – they beat Blaugrana at Nou Camp. So, the team is certainly high on confidence at the moment, especially since they no longer have to worry about any potential relegation problems.

Meanwhile, Martin Merquelanz and Esteban Saveljich remain out for Rayo Vallecano with injuries, while Ivan Balliu will miss the game to serve a sponsion.

The team from San Sebastian is in solid form with three wins, two draws, and just one loss in the last six games in La Liga, but they need a small miracle to get into the top four and Champions League next season. The team is currently sixth and they will likely stay there at the end of the season, securing a spot in Europa League once again.

Unfortunately, Real Sociedad will miss a few of their key players for the next game. First of all, David Silva will be out through suspension, while Mikey Oyarzabal, Nacho Monreal, Ander Barrenetxea, and Carlos Fernandez are injured at the moment. 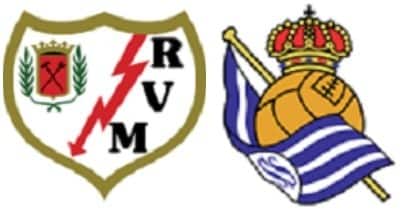