The last game scheduled for Sunday in La Liga and certainly the derby of the round is the Sevilla vs Real Madrid duel. If you want to know more about it, check our preview of the match and our free betting tips.

The best Sevilla vs Real Madrid betting picks and predictions

If you are not sure what is the right bet for Sevilla vs Real Madrid, check our top betting tips for this game right here:

Sevilla and Real Madrid to Draw

While Real Madrid is clearly in better form and they are leading the league, likely to be crowned champions at the end, they enter this game after a tiring second leg against Chelsea in Champions League.

Meanwhile, Sevilla had time off this mid-week and they have the quality to put up a fight against Real Madrid, especially at home. So, our prediction for this duel is a draw.

Both teams have scored in three of the previous five head-to-head meetings between Sevilla and Real Madrid, and we expect that to be the case once again in their next game.

In addition to this, both teams scored in 52% of all Real Madrid matches in La Liga this season, while the same thing happened in 45% of all Sevilla games in the league so far.

The top odds and important stats for Sevilla vs Real Madrid

If you are trying to find the best Sevilla vs Real Madrid odds, you can check them all out right here on our website:

Two of the top four teams in the league will meet on Sunday, so let's take a closer look at both teams now:

With just two wins in the last six games in La Liga, Sevilla has struggled lately to keep up with not just Real Madrid, but also Atletico and Barcelona. At the moment, the team is still third and they have three points more than Atletico Madrid, but they need to get back into form soon if they want to secure a place in Champions League next season.

Once again, Sevilla will be without Fernando, Suso, and Karim Rekik, who are all injured, while Thomas Delaney is also likely to miss it with fitness concerns.

After barely surviving their matchup with Chelsea in Champions League quarter-finals despite having a two-goal lead ahead of the second leg, Real Madrid will now meet with Sevilla in La Liga as they try to keep the distance between them and other teams in title race. With five wins in the last six games in the league, Real Madrid is in great form at the moment.

When it comes to team news, Casemiro will miss this game through suspension, while Fernand Mendy, Eden Hazard and Marcelo are all injured. Also, Jesus Vallejo and Dani Ceballos could miss the game with coronavirus. 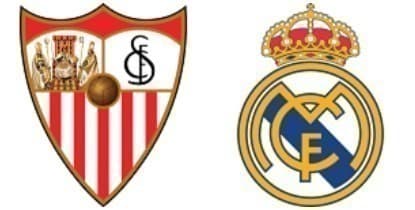