The final game to be played on Sunday, October 2nd in La Liga is the Real Madrid vs Osasuna. If you want to know more about it, check our preview of this game and some of our free betting predictions.

The Best Betting Tips and Picks for Real Madrid vs Osasuna

If you need a bit of help to decide what is the best bet for the Osasuna vs Real Madrid duel, check our top betting tips for this game:

Real Madrid to Win and Lead at Half Time

The defending champions of Spain started the new season strongly, with all six wins so far. Meanwhile, Osasuna has four wins and two losses, which is also a great start for them.

So, Osasuna has reasons to be hopeful ahead of this game, especially since they avoided a loss in Madrid last season. However, with Real in such great form, we can't see any other outcome here than a win for the home team and after they take the lead at half time.

Vinicius Junior to Score at Any Time

Karim Benzema will likely be back after missing some time with injury, but that shouldn't affect Vinicius Junior much and his good form at the start of the season.

So far, the Brazilian striker scored four goals for Real Madrid in La Liga and we can see him finding the net once again in the upcoming duel against Osasuna.

The Best Odds, Stats, and More for Real Madrid vs Osasuna

If you are looking for the top La Liga betting odds, including the best odds for Real Madrid vs Osasuna, you've come to the right place:

While the home team is the clear favourite, this can still be an interesting game. So, let's check both teams out in more detail:

The reigning champions have started the new season in La Liga furiously, winning all six of their matches so far, including the city derby against Atletico. In addition to this, Real Madrid also won both of their matches in Champions League, so they have yet to fail to win a game this season. More impressive is the fact that they did most of this without Benzema, who missed most of the games so far with an injury.

The French striker will likely be back against Osasuna, but Luka Modric and Lucas Vázquez are currently out through injuries.

With four wins in the first six games in La Liga, Osasuna has been in good form at the start of the season and the team is currently sitting in the fifth place in the standings. While this is a great result for them, it's still very early in the season. However, the team from Pamplona has the quality for at least top half of the standings.

Meanwhile, Kike Saverio is out with an injury, while Ezequiel Avila has to serve a suspension. 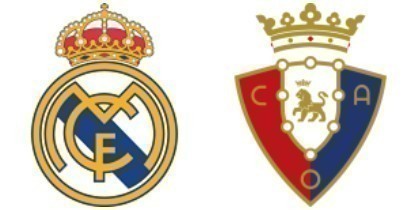