The last game of this La Liga round scheduled for Sunday is the Real Madrid vs Granada duel. If you are interested in learning more about this game, check our preview of the match and our free betting tips.

If you are struggling with finding the right bet for the Real Madrid vs Granada duel, check our top betting tips for this game:

Real Madrid to Win with Handicap (-1)

Although Real Madrid is not in their best form and they enter this game after losing to Athletic Bilbao in Copa del Rey, they are the clear favourites against Granada, a team that's failed to win in the last four games in La Liga.

Three of the last five head-to-head meetings between Real Madrid and Granada have gone over 3.5 total goals and we expect to see the same in their upcoming duel as well.

The bet odds and useful stats for Real Madrid vs Granada

If you want to place a bet on the top Real Madrid vs Granada odds, check all the top odds right here on our website:

While the home team is the absolute favourite in this game, we can still see an exciting match. Let's take a closer look at the teams:

The perfect season for Real Madrid is no longer perfect after they lost to Athletic Bilbao in Copa del Rey quarter-finals, so that's at least one trophy that the team will not win this season. Real Madrid is still leading in La Liga, however, although Sevilla came close and now they are just four points behind them.

When it comes to team news, we should see Benzema back in the team, as well as Carvajal. However, Diaz is still questionable, while Mendy is out with injury and Vinicius Junior with a suspension.

With two wins, two draws, and two losses in the last six games, Granada has been pretty inconsistent lately. The problem for the team is the fact that they didn't get a win in the last four games, but compared to the start of the season, Granada is in good position now. After all, they are sitting in the 14th spot right now, six points ahead of the first team in the relegation zone.

When it comes to health, Granada is in a good shape right now. Neyder Lozano and Santiago Arias are the only two players ruled out of the upcoming game. 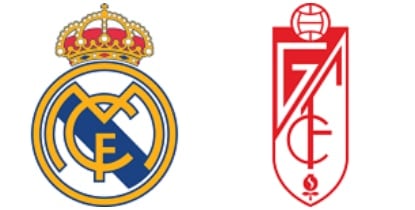