After a fairly uneventful first leg which saw the Italian team play with 10 men on the field, we are back for the second leg of Real Madrid vs Atalanta is tie. Stick with us to see what our top free bets for the game at hand are.

Our list of predictions for this Champions League fixture is brought to you by our team of experts.

The odds listed here are true for the time of writing, however, they are subject to change at all times. Proceed with caution when placing your final bets! Our recommended bookmaker for this match is Ladbrokes.

Playing with one player up, Real Madrid didn’t look too spectacular in the first game. If it wasn’t for Remo Freuler’s red card very early on, the game would’ve looked completely different. Atalanta’s only chance of CL survival is to make something happen in the re-match. Currently ranked 4th in Serie A, having won games over Milan, Napoli, and Lazio, Atalanta is definitely capable of upsetting Los Blancos.

Real Madrid is displaying a rather decent goal-scoring form, having found the net at least once in its last 12 games. The Italian club is also performing well in this regard. In their last 10 games, they've only failed to score in the first leg against Real and against Serie A leaders Inter Milan.

Atalanta is known for its fast-paced style of play as well as the large number of goals they score. The ”Over 2.5 goals” has hit in 3 of their last 5 league games, with a combined 14 goals across the same 5 matches. On the other hand, this has happened only once in Real’s last 5 league matches, but as we already mentioned, Real scores frequently, and if Atalanta is to step up, we can easily see over 2.5 goals being scored.

Check out not only the latest results by both teams but also compare odds from various bookies:

After suffering a surprising blow from CD Alcoyano in Copa del Ray in January, Real Madrid has had all the time to focus on La Liga and the Champions League. Their recent form seems decent, with wins over Getafe and Valencia, and also draws with Real Sociedad and Atletico Madrid. Unfortunately for many, Zinedine Zidane's squad has lost its status as one of the most dominating European clubs, which however makes their Champions League games much more exciting.

The Goddess, as Atalanta is commonly referred to has been enjoying a great league campaign. Currently, the Italian side sits in 4th place above teams like Lazio, Napoli, and Roma. It also has the highest-scoring tally in Serie A, together with Inter Milan. Atalanta is on the path to becoming one of the best squads in Italy, and the current game will be a big test of their ambitions. 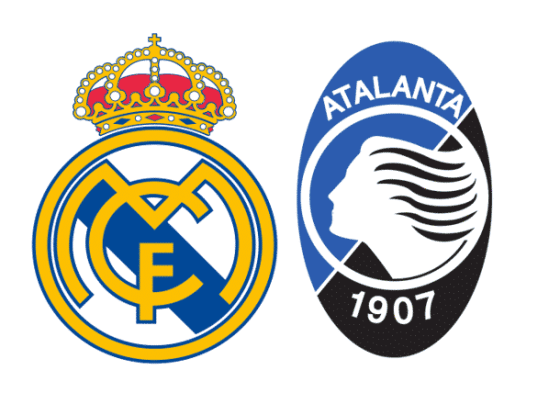 Don't miss any of the free UEFA Champions League tips that we post, so make sure you read our other pages too.