The Real Betis vs Rayo Vallecano duel in the upcoming La Liga round could be a very interesting one. With that in mind, we have prepared a preview of the match for you and some free betting tips.

If you need some help to find the right bet for Real Betis vs Rayo Vallecano, check our top betting tips for this game:

While both teams are doing well at the moment and they are only separated by one point in the standings, it's Rayo Vallecano who impressed us all with their results so far. That being said, Real Betis is the better team on paper and they are in good form as well. So, our prediction is for Real Betis to win this game since they are also playing at home.

Although we've only seen two of the last five head-to-head duels between Real Betis and Rayo Vallecano go over 2.5 total goals, the other three matches all ended with two goals being scored. In addition to this, Real Betis averaged 2.33 goals per game in the league so far, while Rayo Vallecano averaged 2.67 goals per game in La Liga this season. So, these two teams should be able to combine for at least three goals.

The best stats and odds for Real Betis vs Rayo Vallecano

If you wish to bet on the best odds for Real Betis vs Rayo Vallecano, check our list of odds from the best UK bookies:

The team from Seville started the new season well, pretty much in the same vein in which they finished the last season. At the moment, they have four wins, three draws, and two losses, which is enough to put them in the top half of the table, in the ninth place. In addition to this, Real Betis is sharing the top spot with Bayer Leverkusen in their Europa League group, with two wins and a draw after the first three rounds. The only injured player at the club right now is Sabaly.

To the surprise of many and probably even their own fans, the newly-promoted Rayo Vallecano has started the season furiously and they are currently occupying the sixth place in La Liga. The team is in great form with four wins in the last five matches and if they can keep it going, they will be the biggest surprise of the season. Merquelanz is the only injured player in the team at the moment.

The most common questions for Real Betis vs Rayo Vallecano 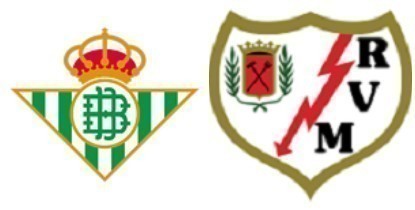