The final game of the upcoming La Liga round scheduled for Sunday is the Real Betis vs Getafe duel. So, check out our preview of this game if you want to get some advice and free betting tips.

Our top predictions and tips for Real Betis vs Getafe

You can find the best La Liga predictions on our website, including our favourite betting tips for the Real Betis vs Getafe duel:

While these two teams shouldn't be so different in quality on paper, Getafe started the new season with six straight losses and they look completely out of it so far. Meanwhile, Real Betis is doing ok, considering that they also have Europa League this season. We like the odds on Real Betis to win this game, which is our first prediction.

Three of the previous five h2h duels between Real Betis and Getafe have gone under 2.5 total goals and we expect their upcoming duel to be the same. Real Betis averaged 2.67 goals per game this season, while Getafe averaged 2.00 goals per game in La Liga so far. Based on that, the game could go either way, but we don't expect many goals in this match.

Top odds and latest stats for Real Betis vs Getafe

If you are looking for the best odds for the Real Betis vs Getafe duel, you can find them right here, along with the latest stats:

Real Betis vs Getafe preview: Can Getafe stop the bleeding?

With two wins, three draws, and one loss, Real Betis is sitting in the ninth spot in the standings at the moment, which is about the same as their position last season. However, the team is in good form at the moment since they've won three of their last four matches in all competitions, including a win in their Europa League debut this season over Celtic. Lainez, Bartra, Ruiz, and Sabaly are injured and out of the upcoming duel with Getafe.

After last season in which they were close to the relegation zone for a too long, Getafe started the new season in a very poor form. After the first six rounds, Getafe is still looking for their first points in La Liga and the team seems to be free falling at the moment. To make matters worse, Alena, Arrambari, and Jankto are injured and they will miss the next game.

The usual questions for Real Betis vs Getafe 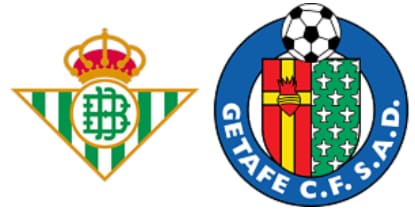