One of the more interesting matches in the upcoming La Liga round is the Celta Vigo vs Real Betis duel, so take a look at our preview to get some information about this game and some free betting predictions.

Our Best Tips and Picks for Celta Vigo vs Real Betis

If you are not sure what is the right bet for the Real Betis vs Celta Vigo duel, check our top betting tips for this game:

While Celta Vigo has been solid in the recent La Liga matches, Real Betis has been a much better team so far since they have five wins in the first six games of the new season.

In addition to this, Real Betis is the better team on paper and since they are in great form at the moment, we can see them getting all three points from this match.

Both teams have scored in three of the previous five head-to-head duels between Celta Vigo and Real Betis, so we won't be surprised if that's the case on Sunday too.

In addition to this, both teams have scored in half of the matches played by both Celta Vigo and Real Betis, so seeing that happen in this game won't be at all unusual.

Top Odds and Stats for Celta Vigo vs Real Betis

You don't have to waste your time looking for the latest odds for Celta Vigo vs Real Betis since you can check them out on our website:

Both teams have done well lately, so this should be a very interesting matchup. Let's take a closer look at both teams:

With two wins, one draw, and three losses in the first six rounds of the new La Liga season, Celta Vigo had a pretty average and inconsistent start of campaign. That currently puts them in the thirteenth spot in the standings, which is basically where most pundits expect to see them come the end of the season.

Meanwhile, Celta Vigo will be without injured Goncalo Paciencia in this game, as well as Franco Cervi who is suspended.

After a great last season in which they won Copa del Rey and finished fifth in La Liga standings, Real Betis had an even better start of the new season. So far, the team managed to win five of their first six games in the league, only losing to Real Madrid in the process. On top of that, Betis won both of their matches in Europa League as well.

The team also has relatively low number of injury issues with Juanmi Jimenez and Victor Camarasa being the only two players on the sidelines at the moment. 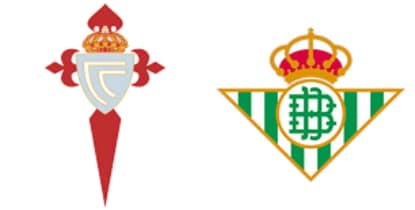