RB Leipzig take on Atalanta in the first leg of the Europa League quarter-finals. Both teams have been on a decent run of form coming into this game. RB Leipzig, though, come on the back of an impressive win over Dortmund while Atalanta suffered a defeat against Napoli during the weekend.

RB Leipzig have struggled for results at home with a win over Cologne the only big success for the team in the last two months. Atalanta were able to pick up away victories over Olympiacos and Bayer Leverkusen to give them a great deal of confidence coming into this fixture. Duvan Zapata will be further close to 100% fitness in this match. This will give Atalanta sufficient firepower to at least grab a draw from this first leg.

There have been under 2.5 goals in four out of the last six matches at the Red Bull Arena. Even though this game features two teams who do not shy away from going on the offensive, there is a lot of potential for both teams to be cautious and not throw away the tie in the first leg. Both teams might end up cancelling each other.

An entertaining 90-minutes on the cards in Germany

RB Leipzig were fantastic in the recent win over Borussia Dortmund. The counter-attacking style employed by RB Leipzig may not work to its maximum potential at home. Domenico Tedesco’s team have rarely been able to excel in European home matches this season. RB Leipzig failed to get past the quarter-finals of the Europa league in the previous attempt.

Atalanta will take a lot of confidence from the recent away Europa League wins over Olympiacos and Bayer Leverkusen. Domestically, Atalanta have been quite inconsistent so far this season but recent form for the Italians has been good. Atalanta have been unable to get past the quarter-finals of the second tier of European competitions.

RB Leipzig: Yussuf Poulsen will be unavailable for the game due to a muscle injury while Tyler Adams remains in doubt after missing the win over Dortmund.

Atalanta: Duvan Zapata is unlikely to start the match after having just recovered from a major injury. Rafael Toloi is out with a hip problem, while Josip Ilicic is also out of action.

Your Questions ahead of RB Leipzig vs Atalanta 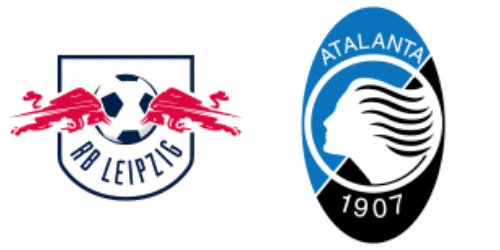