The Rayo Vallecano vs Real Madrid duel is one of the most anticipated ones in the upcoming round of. With that in mind, we have prepared an in-depth preview of this match for you, along with some free betting tips.

If you need some assistance to find the right bet for Rayo Vallecano vs Real Madrid, check our latest latest La Liga betting tips:

While Rayo Vallecano has done very well this season considering they are a newly-promoted team, they have been in a bit of a crisis lately and they are without a win in the last six games in the league.

Meanwhile, Real Madrid is sitting at the top of the standings, with six points more than the next team. So, our prediction is for Real Madrid to win this game, just like they did in four of the last five h2h duels between them and Rayo Vallecano.

Three of the previous five head-to-head meetings between Rayo Vallecano and Real Madrid have gone over 2.5 total goals and we can see that happening again on Saturday.

If you don't want to spend a lot of time looking for the best Rayo Vallecano vs Real Madrid odds, check them out here, on our website:

Although the guests are the favourites, the home team proved they're capable of playing against the best. So, let's check both teams out now:

Although Rayo Vallecano was in the race for a spot in European competitions until recently, they have now dropped down  to the 12th place in the standings after losing four games in a row. Still, the team can be pleased with their season until now, especially since Rayo Vallecano also reached the semi-finals of Copa del Rey.

Rayo Vallecano will likely be without Martin Merquelanz due to his injury that's kept him out for a long time now, while Unai Lopez and Jose Pozo are deemed questionable.

In the last six games in La Liga, Real Madrid has four wins and two draws, thanks to which they are maintaining their advantage over Sevilla, who is six points behind them in the second place. All in all, Real Madrid is having a good season, but it remains to be seen whether they can avoid elimination in Champions League after losing to PSG 1-0 in Paris.

Real Madrid currently has a nearly clean bill of health, although Alaba and Bale are questionable for this game, as well as their backup goalkeeper Lunin. 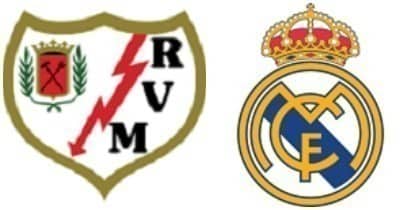