The first game scheduled for Sunday in La Liga is the Getafe vs Rayo Vallecano duel. With that in mind, we have prepared a detailed preview of this game, along with some free betting predictions.

Our favourite Getafe vs Rayo Vallecano betting picks and tips

If you are on the prowl for the best La Liga betting predictions, including our top picks for Getafe vs Rayo Vallecano,, check them out now:

With four games left to be played in the league, Rayo Vallecano already secured a mid-table finish, but Getafe is still relatively close to the relegation zone.

That being said, a win in this game would put them too far away from other, more serious relegation candidates, so we can see Getafe winning the game. After all, they are in solid form at the moment and they will host the game, not to mention the fact that they beat Rayo Vallecano in three of their last four meetings.

The best odds and latest stats for Getafe vs Rayo Vallecano

If you want to place a bet on the top Getafe vs Rayo Vallecano odds, check our selection of odds from the top UK bookmakers:

With both teams doing well lately, this could be a very interesting duel. So, let's take a more detailed look at the teams:

With two wins, two draws, and two losses in the last six matches in La Liga, Getafe has secured a bit of a piece of mind ahead of the last four games. However, they are still relatively close to the relegation zone, with five points more than the first team in it. So, they need a few more points to ensure safety and a spot in La Liga for next season as well.

When it comes to team news, Getafe will be without Jaime Mata through injury, but the rest of the team is healthy and ready for the game.

This season has been a true rollercoaster for Rayo Vallecano – after surprising everyone in the first half of the season and hanging around the top half of the standings, in addition to reaching the semis of Copa del Rey, the team suffered a huge dip in form at one point and it looked like they could end up fighting for survival. But Rayo Vallecano snapped back just in time and with one loss in the last six games, they secured a place in the middle of the standings.

Meanwhile, Martin Merquelanz and Esteban Saveljich remain out for Rayo Vallecano with injuries, but the team is otherwise in good shape at the moment.

The most frequent questions for Getafe vs Rayo Vallecano 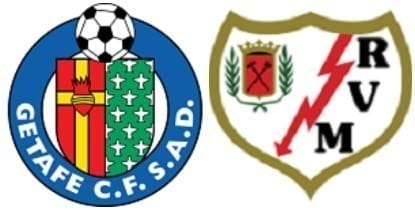