One of the closest duels in the upcoming round of La Liga is the Alaves vs Rayo Vallecano duel, so let's take a closer look at the game and some of our free betting tips.

Our favourite Alaves vs Rayo Vallecano tips and picks

If you want to check out the top La Liga betting predictions, or just the best picks for Alaves vs Rayo Vallecano, we can help you out:

Alaves and Rayo Vallecano to Draw

Still, Rayo Vallecano is outside of the relegation zone thanks to their great first half of the season, while Alaves is last in the standings, seven points behind the first team to avoid relegation. All things considered, we can see this game ending in a draw.

The last two head-to-head duels between Alaves and Rayo Vallecano have gone under 2.5 total goals and we can see that happening again on Saturday.

The best stats, odds, and more for Alaves vs Rayo Vallecano

If you are looking for the highest odds for the Alaves vs Rayo Vallecano duel, check our selection of odds from the best UK bookies:

With both teams struggling to get any points lately, we expect this to be a very close game. So, let's take a closer look at them now:

With four losses in the last four La Liga matches, it seems that Alaves have sealed their faith and that we won't be seeing them in La Liga next season. The team is currently last in the standings and they are seven points behind Mallorca the first team outside of the relegation zone at the moment. So, with seven rounds remaining, Alaves still has some chance to survive, but those are very slim right now.

Meanwhile, Alaves is missing Pere Pons and Javi Lopez through injuries, but the rest of the team is healthy and ready to try and salvage the season.

A lot of time has passed since Rayo Vallecano managed to beat someone in La Liga since their last win was twelve rounds ago. However, the team had a fantastic first half of the season where they were among the top teams at one point, which seems to be enough to keep them out of trouble, for now, since they are six points ahead of Cadiz, the first team in the relegation zone.

When in comes to team news, Martin Merquelanz, Esteban Saveljich, and Radamel Falcao are on the sidelines once again with injuries. 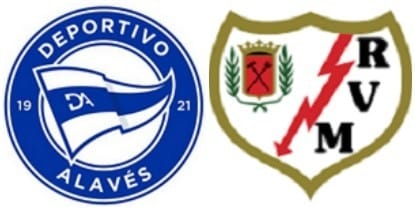