Rangers might trail in this tie but it's just one goal and they'll have their home crowd behind them. Will that be enough to see them overturn the deficit? Find out with our Rangers vs Braga match preview with free tips, predictions and odds mentioned along the way.

Braga to avoid defeat to progress

Although Rangers won their last match by a comfortable 4:0 score line, they haven't been very consistent recently; the Gers have three losses in their last five games, including the reverse fixture of this encounter. It's fair to point out that Rangers could not register a shot on target in the first leg; they'll be going up against a Braga side that has no losses in their last five games. As a matter of fact, Braga have won four games in a row; they've lost just once in their last 11 games across all competitions. Considering the form of both teams, we don't think Braga will lose today.

Despite Rangers' recent shortcomings, it hasn't been easy to shut them out; the Gers found the back of the net in 15 of their last 16 games. In fact, Rangers scored more than two goals per game on average in that 16 game stretch. Just like Rangers, Braga have been consistent in goal scoring terms; they scored in their last five, and seven of their last eight games. Both teams scored in three of Rangers' last five, and in three of Braga's last five games; considering these teams have scored goals consistently, we believe that there will be goals at both ends.

Here are the key stats & form guide for Rangers vs Braga

Rangers vs Braga: Let's look at the predicted lineups

It doesn't look like either of these teams will get what they want out of their domestic campaigns, which pumps more pressure on this game. The crowd at Ibrox will be bouncing but Braga hold the lead. How will it all play out?

Rangers are coming off a comfortable 4:0 win at St Mirren; however, it's important to point out that they have struggled a bit recently. The Gers have three losses in their last five games, including the reverse fixture of this clash; they'll hope to overturn a one goal deficit and advance to the semi final.

Braga have been on fire the past couple of weeks; they are coming off four consecutive wins, and are unbeaten in their last five games. Carlos Carvalhal's men defeated Rangers in the first leg by a lone goal; they'll hope to get a semi final spot by winning their fifth consecutive game today.

A quickfire FAQ on Rangers vs Braga 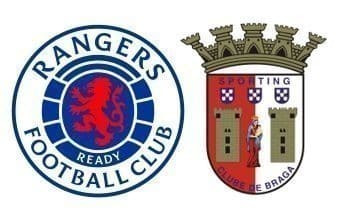