QPR have been in freefall as Swansea have found form. Who will come out on top? Find out with our Swansea vs QPR match preview with free tips, predictions and odds mentioned along the way.

Truth be told, Swansea lost just once in their last 10 games; however, it's fair to point out that they have no wins in their last five games. This is mostly because Swansea have drawn a lot of games recently; in fact, four of their last five games ended in draws. Just like Swansea, QPR have struggled to win games recently; they managed just one win in their last nine games, with a draw and seven losses. Also, recent encounters between these teams have not been one-sided; as both teams have two wins apiece in their last six clashes, with two draws between them. All things considered, we believe this match will end in a draw.

Here are the key stats & form guide for Swansea vs QPR

Swansea vs QPR: Let's look at the predicted lineups

This game is a meeting between two clubs that are in very different places right now. QPR have been flirting with the playoffs all season but now look set for a period of uncertainty with Mark Warburton due to leave. Swansea meanwhile have struggled for large parts of the campaign but now have the wheels in motion under Russell Martin.

Swansea are coming off a huge 5:1 loss at Nottingham Forest; they had no losses in nine games prior to that disappointing loss. Russell Martin's men will welcome Queens Park Rangers to the Swansea.com Stadium on Saturday; they'll hope to get back to winning ways.

In the mid-March, QPR were fifth on the Championship table, fighting for a place in the promotion playoffs; however, things have not gone too well for them since then. Mark Warburton's men have managed just one win in nine games since then, with a draw and seven losses; they'll hope to improve their poor form with a win as they take on Swansea.

A quickfire FAQ on Swansea vs QPR 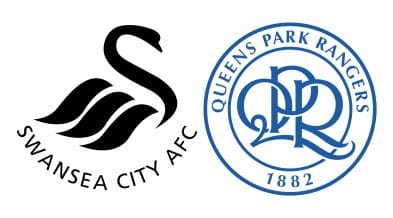