The contrast of the weekends these two experienced couldn't be much more different if they tried with one progressing in the FA Cup as the other got dumped out. This though is the Championship; who wins here? Find out with our QPR vs Middlesbrough match preview with free tips, predictions and odds mentioned along the way.

Boro to be brought bumping back to Earth

We kick off our tips by backing QPR to win – albeit we think this match will be a fairly tight affair. QPR have been good at home of late with their last four reading as three wins and a draw whilst they've lost two of their last 10 when the hosts. Middlesbrough meanwhile have managed to win just four of their last 10 on the road and, perhaps more significantly, lost their last away league game. They've also not won at QPR in over four years so a home wins looks very much like a reasonable shout – especially with Boro's win over Man United likely to take something out of them for this game.

We'll be honest, the stats associated to the both teams to score market leave this prediction very much in the balance but our stance is that the ‘no' bet carries better value for your stake. Middlesbrough have seen both teams score in three of their last five matches. For QPR, four of their last five have seen at least one side fail to blank.

Check out the key stats & form for QPR vs Middlesbrough

There are just six points between these sides with QPR sitting fourth, three places clear of seventh placed Middlesbrough. A win for either team here would be mammoth for their playoff ambitions.

QPR suffered a disappointing exit from the FA Cup at the weekend as relegation threatened Peterborough sent them packing. They won't care though; their season is all about promotion and a win here would put them nine clear of their visitors.

Middlesbrough turned in a resolute display at Old Trafford on Saturday to make the next round of the cup but, like their hosts, their campaign will be deemed a disappointing one if they miss out on a top six spot. Like for QPR, three points here would be enormous for the remainder of the season.

A brief FAQ ahead of QPR vs Middlesbrough 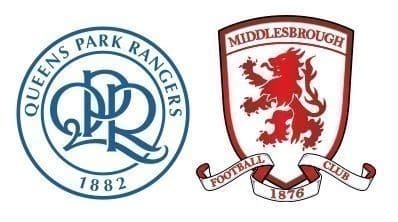