Sheffield United might be one of the hardest teams to predict right about now but, hey, we think we've got things sussed ahead of their game with Preston. How do we see it panning out? Find out with our Preston vs Sheffield United match preview with free tips, predictions and odds mentioned along the way.

We've touched on Sheffield United being hard to predict in our opening paragraph and the reason for that statement is because their last two league games have seen them beat top of the league Fulham and then lose to Derby, who prior to that win, were bottom of the league. Thankfully for the Blades, Preston struggle for consistency too although they are now unbeaten in four games having drawn their last two following two narrow victories. We see that unbeaten streak extending here with a third draw in a row. The last two head to head meetings have ended level after all so it wouldn't be a huge shock.

This both teams to score tip isn't nailed on with Sheffield United seeing both teams net in just one of their last five games but the odds certainly bring plenty of value. For one thing, the last four Preston games have seen goals of both sides whilst the head to head record is further evidence of the goal scoring being shared around; three of the last four meetings have seen goals for both Preston and Sheffield United.

Check out the key stats & form for Preston vs Sheffield United

Preston have played 24 games this season and hold an 8, 8, 8 record across wins, defeats and draws to highlight their spectacular consistency of being inconsistent. Something will give in the us game as it turns to a nine but will it be the ‘W' column?

When Sheffield United beat Fulham recently a fair few people tipped them to make a second half of the season surge towards the playoffs – then they lose to Derby and it seems their current mid table position is about right. With this one of several games in hand though, it could all look different soon enough.

A brief FAQ ahead of Preston vs Sheffield United 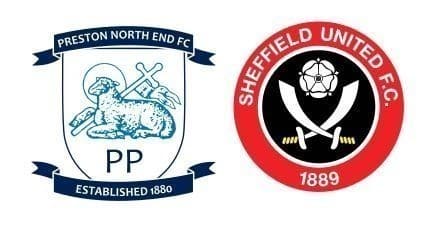