Preston and Millwall have both flirted with the idea of a playoff charge this season but it feels like both will fall short. The Lions are best positioned to make the cut – can they grab three points here to keep the pressure on? Find out with our Preston vs Millwall match preview with free tips, predictions and odds mentioned along the way.

Millwall to avoid a loss

Although Millwall lost two of their last four games, they haven't lost a lot of games the past two months; those two losses were Millwall's only losses in their last 12 games. As a matter of fact, Gary Rowett's men won seven of those 12 games, with three draws. Preston have not done any better; they have three wins, three draws and three losses in their last nine games. It's important to mention that Preston tend to struggle against Millwall; they have no wins in their last five meetings with Millwall, and they lost four of those encounters. With this in mind, we believe that Millwall will not lose this match.

Goals will be lacking

We've mentioned that Millwall have no losses in their last five clashes with Preston; we would also like to point out that those meetings were mostly low-scoring games. Four of the last five encounters between Preston and Millwall went below the 2.5 goal line. Similarly, both teams have been involved in a lot of low-scoring games recently. Five of Preston's last eight games went under 2.5, with four of those games going under 1.5. Millwall kept five clean sheets in their last nine games whilst failing to score in four of those games; seven of those nine games saw less than three goals scored, with five of them going under 1.5. All things considered, this will likely be a low-scoring affair.

Here are the key stats & form guide for Preston vs Millwall

Preston vs Millwall: Let's look at the predicted lineups

Preston's season might be over already but Millwall still have something to play for. Admittedly the top six is now a long shot with a fair bit of traffic but if they can put together a perfect end to the season then they'll probably make the cut.

Preston North End are coming off back-to-back wins against Blackpool and Queens Park Rangers; they are now 13th on the Championship table, eight points from the promotion playoff places. Ryan Lowe's men are too far off to truly challenge that promotion party but they'll be eyeing their third consecutive win today.

A quickfire FAQ on Preston vs Millwall 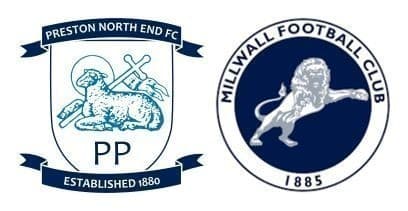